WYCH LANE Premier Shop, located in Bridgemary, Gosport, has always been popular since opening in early 2019, winning many awards since its success of Best Newcomer just six months after trading whilst further gaining traction within the local community with friendly hardworking service. But unlike other convenience shops selling essential items such as bread and newspapers, this family run store has gone viral through awards success and social media during the coronavirus pandemic.

Behind the scenes, staff have been cooking for twenty five vulnerable people a day using the Carisbrooke Arms kitchens as a temporary base; feeding their local community for free during the third national lockdown starting in January. This extra support to local Gosport residents saw them win the ‘Local Hero Award’ for Asian traders in April, whilst they have also seen recognition as one of the Independent Achievers Academy’s top 100 independent convenience shops. But it is social media where the shop has really strengthened its following and quick Google searches for ‘Gosport TikTok Shop’ can really answer why!!

One regular user of the Premier Store took a short ten second video outlining the vast range of products such as many imported American confectionary and slush puppy drinks back in early February; including the coveted Ice Tango Blast previously only available in national cinemas. In just three months after being placed onto social media, the video has gone viral with over one million UK views and a new hashtag has been created with the term ‘PremierGosport’, Viral in lockdownnow trending on TikTok.

The TikTok craze has seen hundreds of visitors to the small community shop, but not just locals from the wider regions of Gosport and Fareham. There have been reports of people travelling from all across England, some driving overnight, to either match this trend or graze a sugar hit from American candies or Slush Puppies’; with a significant increase when travel restrictions were eased back in early April. The popularity doesn’t seem to have stopped either, with many travellers coming back on multiple occasions rather than an one-off-trip.

Customers have stated their delight at being able to try something different in terms of candy or even cereal, but also the surprising cheaper nature in comparison to many supermarkets. Huge variety and availability of products when normal selling businesses have been forced to shut also seem to be reasons why people are willing to travel, although cinemas are due to open tomorrow, Monday 17th May, after nearly six months of closing.

In an interview with Portsmouth News, part-owner and manager Imtiyaz Mamode stated his delight at clinching national recognition and seemed to be surprised at going viral. He said: ‘Now we get customers travelling four-hour drive. Customers I have spoken to have come from Leicester and Burnley; it is very surprising”. However his team are determined not to let huge fame go to their heads; social media can be extremely fickle and this popularity is unlikely to continue as people return to normal as lockdown continues to relax over the summer.

Instead the family are continuing to focus on their local community in Bridgemary and wider Gosport; they are hoping to keep providing free meals for as long as people need them, whilst also continuing their work of selling in their shop as normal. Imtiyaz stated his love for local residents by saying “We really focus on our community and never forget them because we wouldn’t be here without the community. It’s a really wonderful community.”. 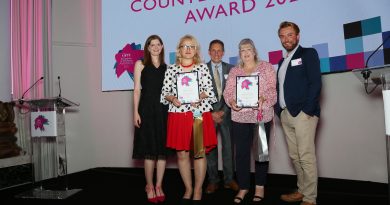