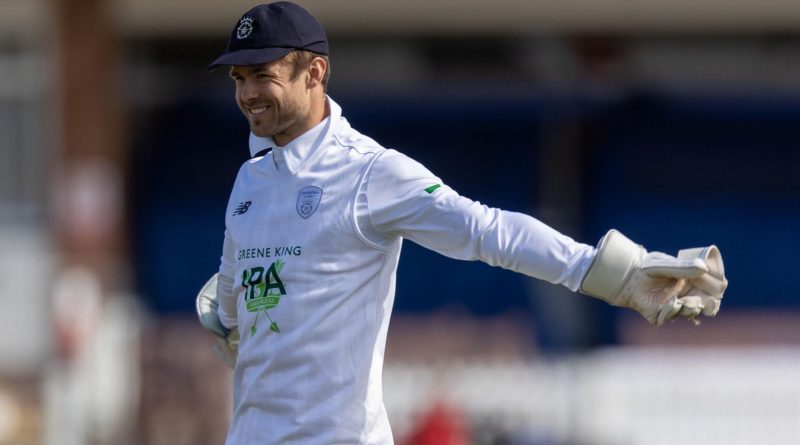 HAMPSHIRE CRICKET have announced that wicketkeeper Lewis McManus has signed a new two-year contract to stay at the Ageas Bowl until the end of 2023.

The decision is seen as a huge boost to the Hawks following the signature of bowler Brad Wheal last month as preparations continue for the new season starting in April next year.

The 27-year-old has been rewarded for a consistent campaign last summer, featuring regularly for Hampshire across all competitions. McManus’ reliability with the gloves saw him take 28 catches in 11 LV= Insurance County Championship matches this year – making him, statistically, one of the top wicketkeepers in the competition.

The Dorset-born right-hander particularly stood out with the bat in the shorter format and produced vital middle order runs as Hampshire reached 2021 Vitality Blast Finals Day. His best knock came in July at the Ageas Bowl with a quickfire unbeaten 60 from just 36 balls as Hampshire defeated Somerset – a key result of the summer campaigns.

Current form has allowed McManus to become a key part of Hampshire’s title ambitions in 2022, a far cry from a two-year spell between 2017 and 2019 affected by constant injuries. The wicketkeeper was, however, crucial to the Hawks’ 50-over success in 2018, when his side won the Royal London One Day Cup after beating Kent at the home of cricket.

By the time his new contract ends in 2023, it will be McManus’ eighth campaign at the Ageas Bowl after graduating from the Hawks’ academy set-up. After bursting onto the scene following a maiden century versus Surrey in 2016, the wicketkeeper has made more than 150 first class appearances and seems to be in no doubt about where his future lies.

He is on the record as saying: “I want to have a long career here at Hampshire and be a part of something special. I’m really excited about the next couple of years. On a personal level, I want to make sure I’m putting in solid performances and contributing to the team to help us win trophies”.

Meanwhile, welcoming contract extension, Director of Cricket Giles White said: “Lewis is a player who is always looking to improve his game. He’s a popular member of the squad with a great attitude and we are delighted he’s extended his contract for the next two years. He is one of a strong group who have come through our pathway system and hopefully he can be role model for our younger players.”

Later this month Hampshire should know their fate for summer 2022, with the English Cricket Board set to reveal fixtures for each side of the County Championship. Much will depend on further penalties for Yorkshire Cricket following a racism scandal, with the side already stripped of hosting international matches as a result.

PICTURED BY BBC SPORT: McManus stretches behind the stumps for Hampshire 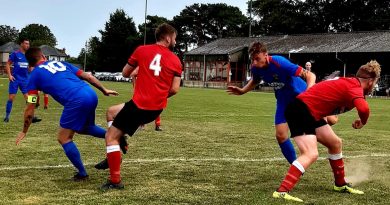