DESCENDANTS of a sailor lost when the M2 submarine sank gathered in Gosport last Wednesday to mark the 90th anniversary of the tragedy.

George Estcourt was one of the 60 crew members and air staff who all perished when the world’s first submarine aircraft carrier went down during a training exercise off Lyme Regis on January 26, 1932.

He left a wife and five children and one of his sons – Leonard – who is now 91 years of age braved the cold wind on Wednesday to pay his respects to the father he never got to know – ‘Len’ was one year and one day old when the disaster happened.

zen relatives who made the journey to support Uncle Leonard and said he, “must be one of the last, or even the last of the direct descendants of the M2 crew”.

Although the boat sank off the Dorset coast, Victoria explained: “The connection with Gosport is strong. This is where the crew were stationed. There is a permanent memorial which has all the names of the crew members in their honour.”

And she added that having Uncle Len with them made, “the day very poignant indeed”.

The group of a dozen descendants first went to the Grade II Listed Submarine Memorial Chapel of St Nicholas in Fort Blockhouse and then made the short journey to the Submarine Museum where Len laid a floral tribute and was able to see his father’s name listed on the memorial stone.

The loss of the world’s first submarine aircraft carrier

The loss of the M2 submarine has been well documented – sources can be accessed HERE and HERE.

Commissioned in 1920, the M2 submarine was refitted in 1927 with her on-deck 12-inch gun being removed and replaced by a hangar with a catapult and a crane to launch and recover a single-engine Parnall Peto seaplane with folding wings.

The accepted reason for the sinking is linked to the training being undertaken to reduce the time taken to surface and get the aircraft into the air.

Having carried out research – including at the Submarine Museum – and dived to the boat resting on the seabed, Stuart Philpott concluded: “Salvage divers discovered that the hangar doors were wide open. While recovering the seaplane and two dead crew members, they also found that No 2 hatch located inside the hangar was not sealed shut. This led directly into the submarine and was undoubtedly the reason for her loss.

“Orders were given to re-float the M2. All hatchways and openings were sealed off and compressed air pumped inside the hull. But after five failed attempts, they abandoned all hope of saving her.”

And there she remains but the memory of the crew – and one member in particular – was commemorated in Gosport due to the descendants of George Estcourt.

Photograph (top): Leonard Estcourt looks for the name of his father at the memorial stone in the Submarine Museum. Victoria Rothwell, reproduced with permission

Photograph (inset 1): the name of George Estcourt in the list of those who died when the M2 sank. Victoria Rothwell, reproduced with permission 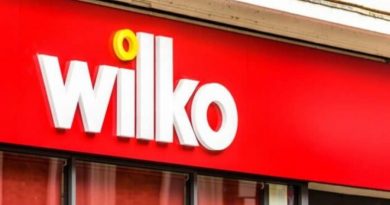 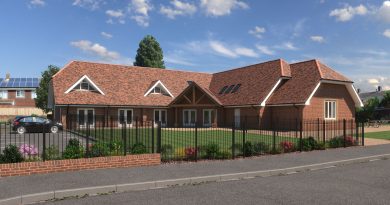