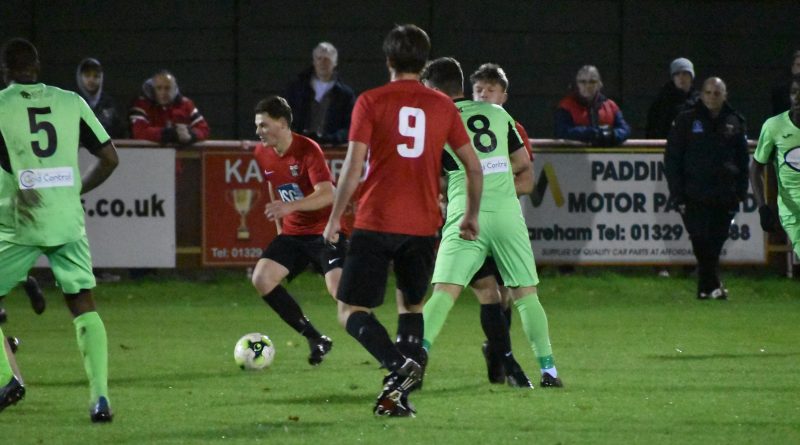 FAREHAM TOWN’S long winless run extended again on Saturday afternoon as they suffered another Wessex League defeat at Cams Alders, with Alresford Town sealing a two-one victory over the home side following a second half winner. But for the Creeksiders it was yet another frustrating afternoon as they created many chances and should have scored more than the one goal; only to be hit on the counter attack in a similar manner to their defeat versus Hamble in midweek.

Having beaten the Creeksiders twice already this campaign Alresford started brilliantly and took the lead after four minutes following good possession; Harry Barkaway’s pass finding Kristiian Andanov who made no mistake in slotting home underneath Tom Price into the bottom corner. In response a Fareham chance arrived on eight minutes as Josh Benfield ran though but saw his low effort saved by Alresford keeper Callum Smart and the loose ball was safely cleared away.

But the Creeksiders were level on 11 minutes as they won a free-kick that was delivered into the box to be missed by Smart in the away goal, falling to Archie Wilcox who headed home the leveller from six yards inside the unguarded goal. Despite this Alresford continued to look dangerous with efforts from James Parker-Trott and Sam Steel going close, but it was Fareham who nearly took the lead on 23 minutes as Curt Robbins hit a floated effort that hit the crossbar; Benfield’s looping header on the rebound well caught by Smart from six yards out with the goal gaping.

Just before the half hour mark Benfield saw another shot saved by Smart down low after incisive passing found him in space, whilst Ryan Mackney fired straight at the away keeper under pressure from the defence on 37 minutes. From this point Alresford dominated the final moments before the interval as Barkaway’s volleyed effort after a corner was brilliantly saved by Price’s gloves, whilst a rebound effort was smothered in the last notable action of the first forty five.

Fareham started well after the restart and went close again as Ashley Tattersall fired wide from an angle, before Casey Bartlett-Scott’s cross caused a goalmouth scramble that ended in Benfield firing over from close range. But this momentum was halted as the hosts were forced into a change after an injury to Tattersall, who was replaced by Dan Bennett as Fareham again close with good work on the right; ending in the quiet Charlie Cooper firing straight at Smart from range.

Alresford were however looking threatening on the counter attack and should have made it two-one in the sixty-seventh minute when pacey winger Sutcha Shepard found himself through on goal; but thankfully for Fareham he fired his low angled shot into the side netting from close range. Moments later the Creeksiders saw a throw-in from Ethan Jones was nearly converted by Benfield before the attacker narrowly missed a deep cross by Cooper as he beat his marker for pace.

But just as Fareham were looking good, they were trailing when a harmless looking long ball headed into the gloves of Price who spilled the clearance; falling to Andanov who gleefully accepted the gift and easily converted the chance.  Gary Austin went close to equalising again on 82 minutes, whilst a header from Garry Moody went over and Cooper’s effort was blocked at source; the host’s last real opportunity from Austin hitting the bar in stoppage time as the Magpies sealed the win.

Fareham remain in thirteenth place in the Wessex Premier Division after six games without a league victory; their last coming against Blackfield & Langley in January. Pete Stiles will now travel to fifth place Brockenhurst next Saturday before their El-Creekio match versus Portchester at Cams Alders on the following Tuesday. They will then travel away to Bashley on March 26 before hosting local rivals Moneyfields to round out a busy month with the season nearly finished. 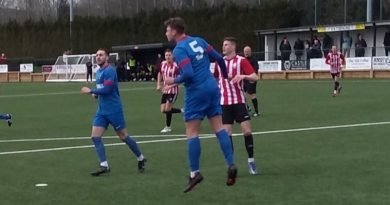 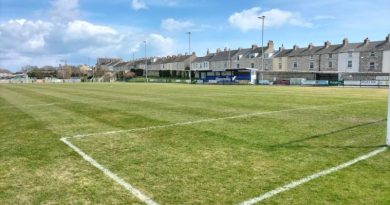