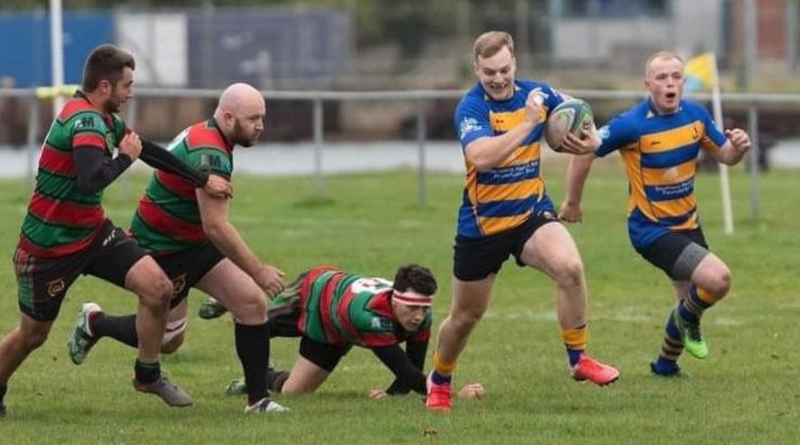 GOSPORT & FAREHAM RUGBY FOOTBALL CLUB (GFRFC) returned to action on Saturday afternoon as they made it nine wins out of ten games this campaign; running in fourteen tries to beat Hampshire Premier strugglers Fordingbridge by eighty-eight points to nil. It was a resounding victory that kept the pressure on leaders Havant Seconds; two players scoring hat-tricks in a bonus try trashing of the New Forest based outfit.

In gloomy, dark, and drizzly conditions GFRFC made a perfect start as Iain Grice piled over in just the second minute; Dominic Holling adding the conversion making it seven-nil. But the visitors continued to attack and scored two further tries before the fifteen minute mark, Ben Smith and Ash Wakefield running over with Holling adding two further conversions. This made the overall score 21-0 heading into the twenty minute mark.

A bonus point was secured with a fourth try on 23 minutes as Robert Mackinnon collected an offload before running through defensive tackles to slide into the corner, the conversion missed by Holling. The fifth and sixth tries arrived before half time with no kicking points added, both Wakefield and Mackinnon scoring their second of the afternoon to make it 36-0. The last eight minutes were quiet due to good Fordingbridge resistance.

GFRFC’s dominance continued after the interval with another try on 43 minutes as Will Larkin piled over the line following great footwork, Holling adding the conversion to mark it 43-0. Two further try scores from Grice and Allardice made it 55-0 in the fiftieth minute of play, with Holling adding just a single conversion due to the angle and windy conditions. But the visitors were not content with nine tries and scored their tenth after 57 minutes with Wakefield scoring his hat-trick after receiving a left pass from a scrum five yards out.

Holling slotted the conversion and did this again as Grice sealed his own hat trick just after the hour; further kicking two extra points when Allardice added his second try of the afternoon making it 76-0 with fifteen minutes left to play. But credit needs to be given to the hosts who didn’t give up and this earned praise from the away boss; quality showing through with two late tries from Jimmy Wallis and Smith earning an 88-0 win with one final conversion.

With this bonus point victory GFRFC have guaranteed their place in the top two until at least the New Year, but were unable to leapfrog leaders Havant IIs who beat Ellington & Ringwood 67-17 in their Hampshire Premier game on Saturday afternoon. Gosport & Fareham will now play IoW team Sandown & Shanklin at Dolphin Crescent this weekend in the final game before the festive periods, hoping to complete a league double after winning 25-13 back in later September. 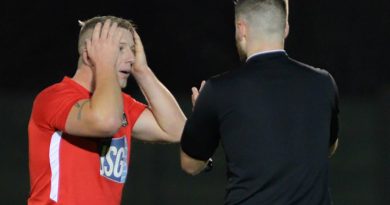 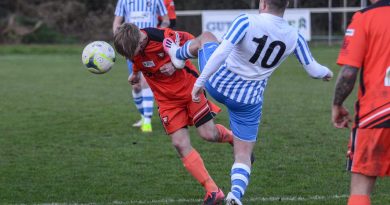