THE family of the Gosport man who died at the scene of a collision on the A326 bypass at Marchwood last Wednesday – October 6 – has paid tribute to the motorcyclist.

Craig Smart, aged 38, had been on a white Yamaha when he was involved a collision with another motorcyclist who also died of his injuries – 49-year-old Simon Ashworth, of Howerts Close, Warsash, riding a black Honda – and a blue Mercedes Sprinter van.

Police were called to the incident at just after 6.15am, as were the other emergency services, though no action was required of the firefighters who attended.

In a statement issued by Hampshire Constabulary, Craig’s family paid the following tribute to him: “Craig was a strong, devoted and selfless family man who always put the needs of others above his own. He was a loving husband, a supportive dad to his six kids, and a wonderful son and brother. He was also a brilliant mate to so many whose lives he touched.

“Craig embodied a philosophy of living life to the fullest and was happiest when he was riding about on his motorbike, sailing up and down the Solent on his boat Pugwash, fishing and kayaking at Stokes Bay and Lee-on-the-Solent and above all, spending time with his family and friends.

“He will be sorely missed and ever-so-fondly remembered by all those he knew, who will treasure the memories they hold of a truly great man.”

The A326 by pass was closed for nearly six hours after the collision and the police are continuing to investigate the incident.

They have asked for any witnesses who may have seen the three vehicles driving in the area prior to the incident or have dash cam footage of the vehicles or the collision, to call 101, quoting reference number 44210400737.

Alternatively, information can be submitted online via this LINK.

Photo (top): Craig Smart who dies of his injuries on October 6,2021 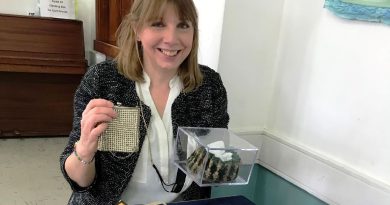 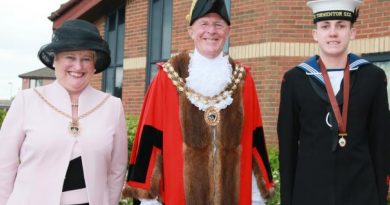