ANOTHER Gosport Borough Council board meeting discussion of the proposed Stokes Bay D-Day ‘War’ Memorial, another skirmish between the two main political parties.

This time it was at last Wednesday’s Community Board which was considering the concept design of the memorial prepared by Hampshire County Council so that, if agreed, a detailed planning application could then be prepared.

Located to the east of the Stokes Bay Sailing Club just off the promenade, the proposal is for a 10-metre by 4-metre (max depth), semi-circular space within which would be five memorial stones – one for each of the D-Day beaches including the existing Canadian memorial which would be moved from its current position further along the seafront – together with a low hedge, seating and flagpoles.

Many of the arguments voiced were the same as those in the council’s Policy & Organisation Board and Full Council meetings at the end of July last year.

‘It would be so much more powerful

if it was a people’s memorial’

Expressing his, “disappointment” with the proposed design, Liberal Democrat Jamie Hutchison (Hardway) said that this is an, “opportunity to do something significant”.

The debate broadened out with the Lib Dems pushing – as they had done in previous meetings – for a rethink which would include more extensive public consultation and the possibility of public donations to provide funding for what Mr Hutchison described as, “something very special”.

In the words of Lib Dem Group Leader Peter Chegwyn (Leesland, deputising for Councillor Westerby): “It would be so much more powerful if it was a people’s memorial.”

‘We have brought it forward now so that those

[veterans] who are still alive will see it’

However, Conservative councillors – led by the council Leader Graham Burgess (Lee East) who attended the meeting in an ex-officio capacity – defended the scheme on the grounds that, “time marches on… We have brought it forward now so that those [veterans] who are still alive will see it.”

That led to an escalation of the skirmish as councillors Burgess and Chegwyn in particular argued about which political party had been responsible for not taking action to establish the memorial much earlier.

Councillor Hutchison formally proposed that a working group be established to design a memorial for the 80th anniversary of D-Day but the Conservatives countered that various interested groups – the D-Day Fellowship, the Gosport Society and the Friends of Stokes Bay were named – had been consulted, and the amendment was defeated.

Contacted after the meeting, the chair of the Gosport Society, Louis Murray, told The Globe that the society had, “not taken a formal view on the D-Day War Memorial”.

With the amendment defeated by the Conservative majority on the Community Board, it was a formality for the concept design to be agreed by the same majority.

It could be that some of the debate was based on a confusion as to exactly what the memorial is to commemorate.

The officers’ report to the Policy & Organisation Board held on July 28, 2020, is titled: “Proposed War Memorial, Stokes Bay” and states the purpose is, “to locate a new War Memorial in Stokes Bay to coincide with the 75th Anniversary of the end of World War 2”.

Leaving aside the fact that that anniversary had already passed in the May of 2020, the report and the minutes of the board meeting make little reference to D-Day.

Last Wednesday’s Community Board agenda item was titled: ‘Stokes Bay D-Day War Memorial’ though the concept design strongly implies it is a D-Day Memorial – the five stones being for each of the D-Day landing beaches in Normandy.

In addition, D-Day was a battle, not a war, and there are war memorials in Gosport and Lee-on-the-Solent both of which have traditionally been the focus of Remembrance Day parades and services.

Yet, the officers’ report states: “It is intended that the [Stokes Bay] war memorial will represent a focal point for the community, particularly on occasions such as Rememberance [sic] Sunday …”

Speaking to The Globe after the meeting, Gosport Borough Council Leader Graham Burgess said the Stokes Bay memorial will be, “a D-Day Memorial” and the Remembrance Day parades would continue to be at the War Memorial Hospital, Bury Road, Gosport, and at the Fleet Air Arm Memorial and sunken garden at Lee-on-the-Solent.

The Stokes Bay memorial is stated by the council officers as being, “on track for delivery on time and within its allocated budget of £80,000″.

This budget was approved by Policy & Organisation Board in July 2020, on the understanding that the project would be delivered by the Heritage Action Zone Programme Manager with £30,000 to design and secure planning consent, and £50,000 for its construction.

In March 2021, it was decided that the management of the project would be undertaken by the council’s Streetscene because – according to officers’ report – “Natural England raised some concerns that the war memorial did not fully meet the HAZ criteria”.

Community Board was informed that so far £16,000 has been spent on the concept design.

The time scale for completing the Stokes Bay memorial is, subject to obtaining planning permission, for the work to start in early November and for the construction to take about eight weeks.

Image (above): sketch of concept design for the Stokes Bay memorial, reproduced with permission from Gosport Borough Council 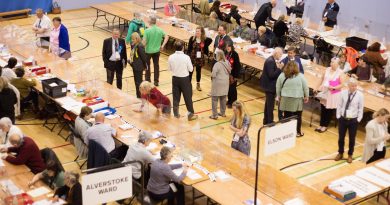 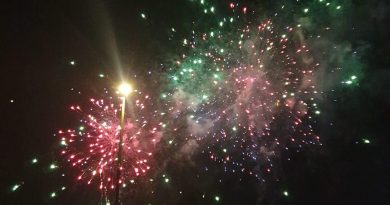