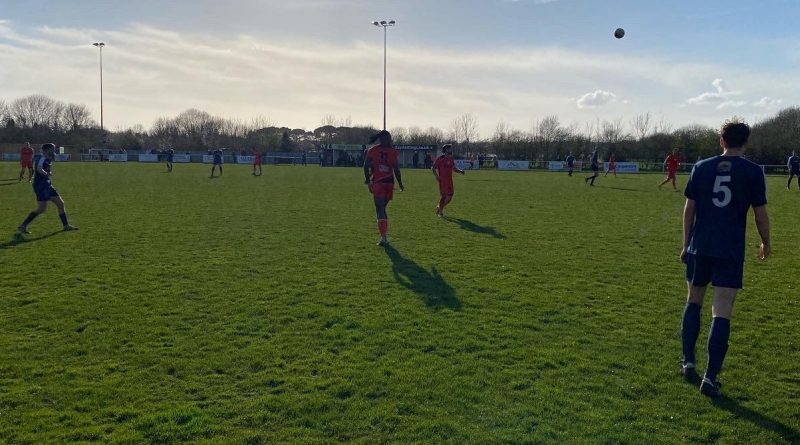 AFC PORTCHESTER stretched their unbeaten league run to three successive matches on Saturday afternoon, but were ultimately left frustrated as they were forced to settle for an one-all draw versus Hamble Club at the On-Site Group Stadium. But in truth this was a fair result for both sides in a close encounter following a busy week of action; neither side really deserving to lose after ninety minutes under sunny but chilly skies on the South Coast.

Hamble started the better with some good possession and created their first opportunity after four minutes as right-back Mac Grange fired over the bar from an angle; whilst Alfie Prendergast drove at the home goalkeeper Steven Mowthorpe but saw his shot whistle past the post moments later. In response Portchester had a goal disallowed for offside and saw Steve Ramsey’s thunderous volley on target saved brilliantly by away keeper Ash Downs on 14 minutes.

Portchester also saw a penalty appeal turned down from the resulting corner as Lee Wort further hit a shot wide under pressure with twenty-one minutes played, but it was actually Hamble who were in the ascendency as the clock ticked towards the half-hour mark with a series of chances. The first saw Ryan Wilkins’ fine pass found Prendergast to fire wide of the post, whilst a similar move reached the feet of Kelvin Robinson who forced a save out of Mowthorpe on 29 minutes.

Portchester created their best chance on thirty-two minutes as a long ball reached Ramsey, with his first touch controlling the pass and his second hitting a powerful drive that hit the post before being cleared away safety; whilst Felipe Barcelos struck a shot that was deflected wide and Ramsey drove wide on 43 minutes. Hamble also saw a series of free kicks before the break as Mitch Byrne headed over the bar and Zak Sharp was booked for the hosts in the final action of a goalless first half.

Portchester saw the opening chance after the restart as Barcelos fired straight at Downs, but it was Hamble who opened the scoring on 53 minutes; a free-kick being played by Jamie Ovington into the feet of Robinson who fired into the bottom corner. But sixty seconds later and straight from kick-off the Royals were level as a long pass found Barcelos, who controlled the ball to slot home under the outrushing Downs to make it one-apiece as Wort fired over just moments later.

Further chances arrived for both sides just after the hour mark as a cross from Portchester hit a gust of wind and looped off the crossbar with Downs catching the ball under pressure; whilst Hamble hit the hosts on the counter attack which concluded with Charlie Wagstaffe’s shot being well held by a diving Mowthorpe at his near post. Marley Ridge also saw yellow for a foul in a quiet spell that saw substitutions across the two benches that signalled a lull in proceedings.

Hamble created two chances in quick succession either side of the 75th minute as Robinson headed over Harry Chiver’s cross down the left and substitute Joel Ghosh fired wide from an angle; these two misses shifting their tactics as they looked to protect the point, But this change in approach did nearly backfire as Portchester almost snatched the win on 83 minutes when a free-kick from Ramsey was headed goalwards only to be denied by a great save as the match petered out to a stalemate.

Considering a lack of fitness to many players after their two-nil Hampshire Senior Cup defeat against Farnborough on Wednesday night, this was a credible result against an inform Hamble who are now eight games unbeaten since early February. It won’t get any easier for Dave Carter’s side with little opportunities for rest, with Portchester travelling to Brockenhurst on Tuesday night before hosting Moneyfields three days later in a rare example of Friday evening league action.

PICTURED BY ARIANCONE SUPPORTERS GROUP: Portchester and Hamble players forced to share an one-all draw as both teams continue their unbeaten runs after busy week of action. 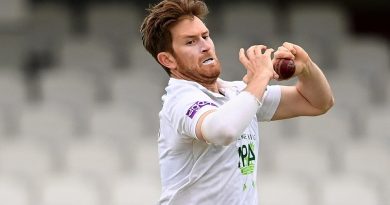 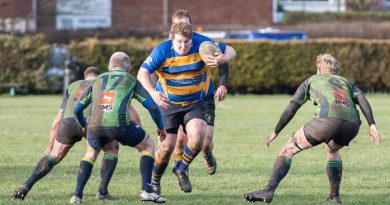