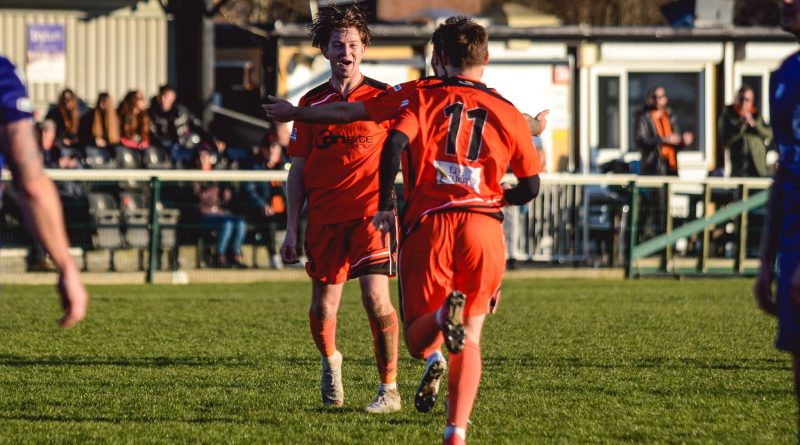 AFC PORTCHESTER returned to winning ways after an enforced two-week break since losing to Bashley on February 12, beating Baffins Milton Rovers 4-0 in a huge Portsmouth postcode derby victory on Saturday afternoon. In sunny but chilly conditions it was a clinical display from the Royals, first half goals from Steve Ramsey and Rafa Ramos accompanying Marley Ridge’s double in the 2nd period sealing the points for Dave Carter’s side as they look to close down the top six in the Wessex League Premier.

Baffins started the better on a heavy and bobbly surface as they dominated possession, creating the first chance after ten minutes following a cagey opening spell. It came as good interplay between Ed Sanders and Rudi Blankson created space down the right, which ended with the latter’s shot from 20 yards bouncing into the gloves of home keeper Steven Mowthorpe via a slight deflection. Moments later Tommy Scutt had a shot on target that was parried for a corner before Lee Molyneaux headed over the crossbar.

Portchester took the lead after fifteen minutes with arguably their opening chance as their captain Ramsey found space after a cutback on seventeen minutes, firing into the top left corner past Baffins keeper Konrad Szymaniak with a powerfully hit drive. It should have been two-nil as Ramsey fed Lee Wort through on goal in the 21st minute and the striker’s low shot was saved by the legs of the goalie with the rebound cleared away by Jack Williamson; before Portchester saw a series of half chances with Connor Bailey, George Barker and Zak Sharp all going close in quick succession.

As the game reached thirty minutes Baffins created their best opening of the game as the ball found Craig McAllister whose pass found Blankson; the striker’s low effort denied by Mowthorpe. This was a chance that the visitors were rueing on thirty-eight minutes as Ramos collected the ball and beat a series of away defenders with a lung-busting run, creating space to slot home past Szymaniak at his near post; the striker also going close in stoppage time with a free kick that drifted inches over the crossbar from twenty-five yards before the referee blew for the interval shortly afterwards.

It was a quiet start to the second period with Baffins again dominating possession, but failed to break through the stubborn Portchester defence despite efforts from McAllister and James Cowan in the first ten minutes after the restart. Substitutions then saw Jason Parish and George Britton enter the fray either side of the hour mark before Portchester nearly made it three nil on 62 minutes; a spell of pressing forcing Szymaniak into an error that gave the ball to Wort, but the striker’s effort was tame under pressure.

Baffins made their third substitution on 68 minutes as Stan Bridgman replaced Harry Sargeant, whilst Portchester right back Rudi Blankson spent some time receiving treatment following a misjudged tackle by Blankson whilst challenging for a 50-50 ball. But this didn’t stop Portchester’s momentum as they added a killer third goal with nineteen minutes left on the clock, the ball worked into the feet of Ridge who made no mistake in firing past Szymaniak in a fine side-footed finish just inside the left corner.

In response Baffins did have a spell of attacking play as Bridgman fired over the crossbar whilst well placed, whilst Scutt had an effort saved by the hands of Mowthorpe as it bobbled towards goal in their final opportunity. Down the other end Portchester weren’t about to settle for three-nil as they created two further chances through Wort and Ridge, before the latter doubled his tally for the afternoon as he calmly finished a flowing move on 82 minutes to make it 4-0. This proved to be the last notable action of the game as Portchester held on for a much welcomed three points and a clean sheet.

Eighth place Portchester have solidified their position in the Wessex League Premier standings, closing the gap to Baffins Milton Rovers in seventh and building a four point lead over Moneyfields in ninth with just nine games left to play this season. Dave Carter’s men will now face US Portsmouth away on Tuesday night before hosting Southampton-based Blackfield & Langley next Saturday. But attentions will likely be turning already to their cup semi-final versus Southern League Premier side Farnborough on March 8, with the North Hampshire outfit beating Portsmouth in their midweek quarter-final encounter. 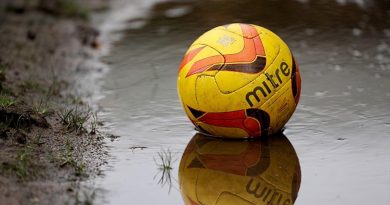 Fareham and Portchester games rained off