WHEN they heard a loud bang at just after 10am yesterday – July 29 – people in Lee-on-the-Solent and elsewhere along the Gosport-Fareham coastline might have thought a storm was brewing.

But it was not a clap of thunder – it was an explosion as another part of the former Fawley power station on Southampton Water was demolished.

A Lee resident witnessed the event and told The Globe that there was a flash, “and then after a few seconds it was followed by the sound and a pall of black smoke”.

The former power station is gradually being flattened to make way for what developers Fawley Waterside Limited describe as a small town with 1,500 homes and space for advanced manufacturing, marine and technology industries plus shops and cafes.

Yesterday’s explosion was the third explosive demolition to be carried out by contractors Brown & Mason and it took down the northern section of the Boiler House.

The southern section of the Boiler House was demolished in November last year and there were complaints from Lee-on-the-Solent residents that dust from that explosion had fallen on the town but the dust and smoke from yesterday’s demolition does not seem to have reached Lee.

And there are more explosions to come – Fawley Waterside said: “Full demolition of the Fawley Power Station site is estimated to be complete in 2022.” 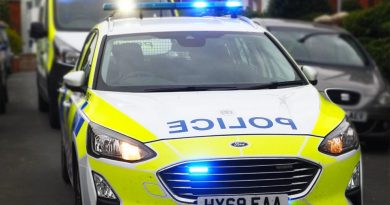 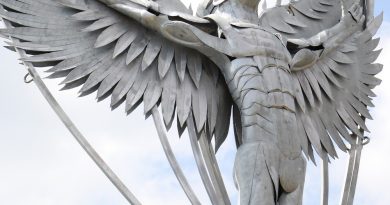