HAMPSHIRE County Council has launched a public consultation on proposals to relocate Gosport Bus Station, the taxi rank and short stay car park, and to re-route incoming buses in the town centre.

The consultation is titled ‘Gosport Interchange Improvements’ and the end-game is stated on the website as being to, “facilitate the provision of a new Waterfront development by Gosport Borough Council”.

In outline, the scheme involves the following, what are termed, ‘enhancements’:

‘It’s going back to where it used to be’

To finance the scheme, the county council would use £5.2 million from the £56 million it and the Isle of Wight Council have been allocated from the Department for Transport’s Transforming Cities Fund; Gosport Borough Council would contribute a further £700,000.

The diagrams in the information pack show six bays in the proposed bus station for buses parked ‘end-in’ – as presently happens in the existing bus station – and the plan is to have one long bus shelter – similar to the one at Fareham town centre.

Many Gosport people, including borough councillor June Cully, smile a little at the prospect of the bus station, “going back to where it used to be”.

Based on current timetables, there would be up to approximately one bus every five minutes crossing the pedestrianised High Street between South and North Cross Streets during the times the shops would be open each weekday.

‘It brings buses back into the town centre’

His fellow borough and county councillor Stephen Philpott – who chairs the borough council’s Economic Development Board – was less worried and told The Globe he was, “in principle, in favour of it. It brings buses back into the town centre.

“I imagine the [Highways] engineers will look at all aspects of safety and sight lines”, and he pointed out there are a, “number of examples where trams operate in pedestrianised areas”.

Questions about the routing of the buses from North Cross Street along Mumby Road – where there is parking on both sides with that on the eastern side mainly set back in lay-bys – to the proposed bus station receives slightly different answers from the politicians.

Councillor Rob Humby, Deputy Leader of Hampshire County Council and Executive Lead Member for Economy, Transport and the Environment, said: “At this stage we do not expect the scheme to result in a general requirement to widen Mumby Road for vehicle traffic.”

Mr Philpott does foresee potential problems: “We’ve not lost sight of the issues relating to Mumby Road and it does need to be tackled. We are actively pursuing modifications. We are not creating a scheme that is dangerous.”

The fundamental problem may be money as the £5.9 million funding agreed is for the scheme to relocate the bus station as described above but not for alterations to Mumby Road.

However, there is no doubt in Mr Philpott’s mind that, with the Transforming Cities Fund money being time limited: “I say we take it rather than leave it.”

The public consultation on the Gosport Interchange Improvements runs until just before midnight on Thursday, September 2.

Further information and the feedback survey form are available at: www.hants.gov.uk/transport/transportschemes/tcfgosportinterchangeimprovements#step-1

Both councillors – Humby and Philpott – said they wanted as many people as possible to respond to the proposals because, in the words of Stephen Philpott: “the idea is to tease out what the public have in mind.” 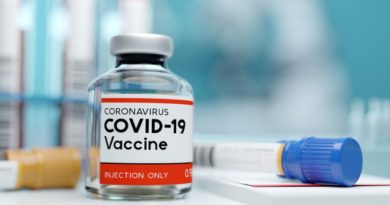