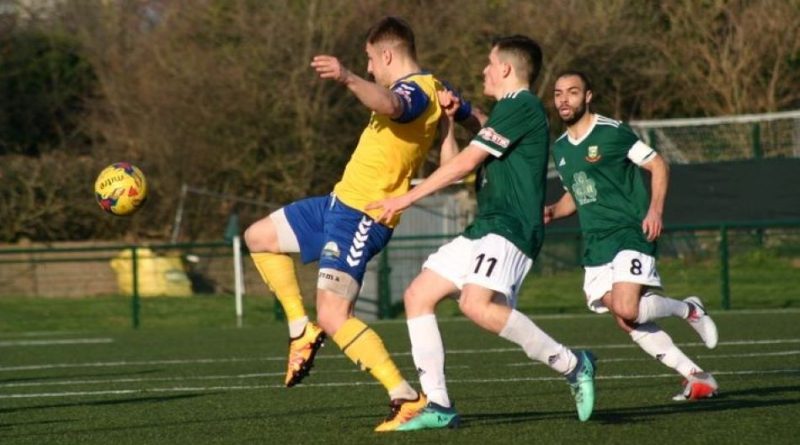 GOSPORT BOROUGH extended their unbeaten run to four games across all competitions and sealed a priceless victory away from Privett Park on Tuesday evening, beating Hendon by a solidary one goal to nil at Silver Jubilee Park. In a match sadly void of clear cut opportunities for either side, a low finish by youngster Billie Busari proved to be the match winner in the second half; gaining three points to boost their play-off hopes and secure another clean sheet for Shaun Gales’ resurgent side.

In cold but dry London weather, Gosport started the better by dominating possession and saw their first chance after five minutes as Dan Wooden was fouled in a dangerous position. However Harry Kavanagh’s effort had too much power and curl as it drifted harmlessly over the crossbar before a tame shot from Matt Paterson was saved easily by Hendon goalkeeper Ethan Wady. This was sadly it for attacking action in the first 15 minutes as both teams cancelled each other out in midfield areas.

Hendon slowly worked themselves into the game with a series of corners that were brilliantly dealt with by Gosport defenders, Joe White seeing their first chance after 21 minutes as he cut inside and fired wide of Fynn Talley’s post with arguably better options available. Moments later Jayden Clarke headed over a corner and Eren Kinali’s low drive was blocked at source by the legs of Kavanagh, but none of these opportunities really tested the away defence that was marshalled well by Matt Briggs.

And after a powerful effort from Hamza Semakula had again drifted harmlessly wide, Gosport had a bright spell of possession that failed to materialise with fans handing to the half time hospitality. But they nearly missed a fantastic solo goal as Mason Walsh won the ball following a Hendon corner and was able to run nearly seventy yards before finding space for a shot. However his effort was just the wrong side of the post much to the fans’ frustration, the referee ending this poor half seconds later.

Gosport started the second period with quicker passing and this seemed to get rewards in the fifty-fifth minute as AJ Harris-Sealy powered a free kick goalwards with the shot saved by Wady between the away sticks; Paterson heading over the crossbar from close range at the resulting corner. But on the next attack the visitors took the lead just before the hour mark, Busari muscling his way through Hendon tackles before firing a low effort from 18 yards past Wady into the bottom left hand corner.

Busari nearly doubled his tally for the afternoon when he saw a shot blocked at source just after the hour mark, whilst Maurice Nugent was booked for a foul and Hendon substitutions signalled a slight lull in proceedings. But this didn’t stop the hosts from creating their best opportunity with sixty-nine minutes on the clock, the ball worked to Liam Brooks to chest and volley towards the top goal. With home fans were already celebrating, but this proved to be premature as Talley tipped over the bar.

Substitute Luca Allinson then fired wide under pressure for Hendon in their final chance, but away defenders again soaked up the home possession and looked good on the counter attack; which was improved with the first appearance of Ragiq Khaleel, who was signed from Crawley on loan earlier this week. Late chances for Walsh and Harris-Sealy were gathered by the Hendon goalkeeper as the visitors held on for a hard-fought victory on the road; reaping the rewards from a profession display.

The three points mean Gosport are back in the play-off places as they rise to fifth after thirty games, although many teams around them have played less matches. Shaun Gale’s side face a quiet month of February with just four league encounters currently scheduled, starting with a home clash versus league leaders Farnborough on Saturday afternoon at Privett Park.  Away games versus Hayes & Yeading and Beaconsfield then follow either side of another home encounter with Truro on February 19.

PICTURED BY GOSPORT BOROUGH MEDIA: Two sides clash in Southern League in February 2019 and it was another victory at Silver Jubilee Park on Tuesday as Borough continue their race to the play-offs. 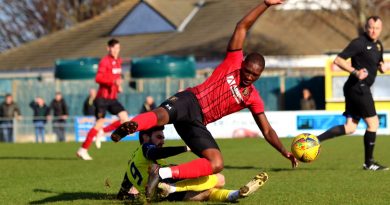 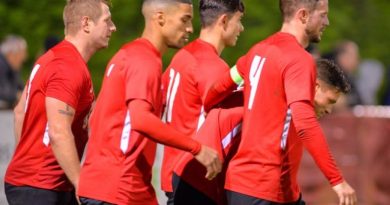 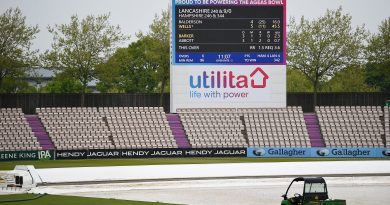