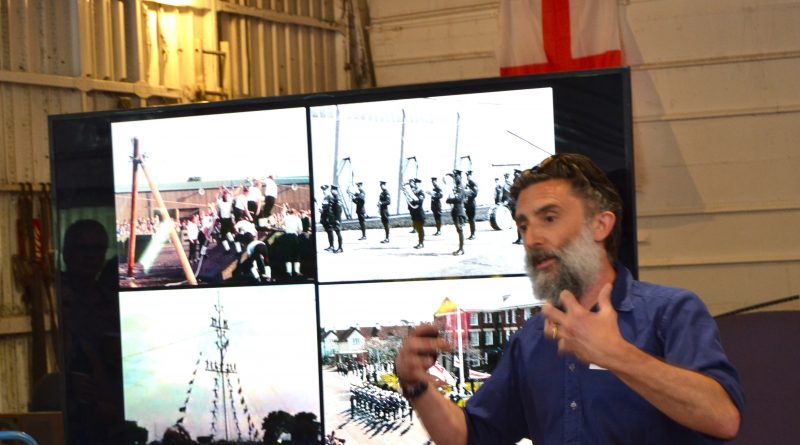 DETAILS of the masterplan for Daedalus Waterfront unveiled last weekend – July 15 and 16 – seem to have received cautious approval.

Comments on social media and from some of the 390 people who attended the public presentations in the Hovercraft Museum indicate most are pleased that something is being done to regenerate the 42-acre site but concerns remain about housing and the impact on the area’s infrastructure.

As reported in The Globe, the waterfront regeneration project is being led by the Daedalus Development Company  – which is operating as ‘Daedalus Waterfront’ – and directors of the company were on hand to make the presentations, to answer questions and hear memories from those who served or were involved in some other way with the former Royal Navy Air Station.

Daedalus Development Company director William Murray said in his presentation that the regeneration is to be carried out in phases, the mixed development commencing with “jobs first” in the Evill Enterprise Zone (Phase I, named after the base’s first commander), and residential refurbishment of preserved buildings in Daedalus Square (Phase 2).

The phasing of the development is important to the company for two reasons.

Firstly, although it has paid a deposit for the site to the owners Homes England, the development company will not get ownership until it has secured planning permission and the intention is to submit – to Gosport Borough Council – an outline plan for the whole site together with detailed plans for the first two phases.

Secondly, speaking to The Globe after his presentation Mr Murray estimated that the cost of the whole development will be in the region of £200 million but the financing of it would be phase-by-phase so that the funding needed would be less as the money secured from one phase can be used to fund subsequent phases.

Vision and plans welcomed but …

The company’s vision is, “for a local, respectful and positive revitalisation of this historic waterfront, with a targeted, industrial innovation strategy based around a thriving visitor attraction, supporting a mixed-tenure, design-led, seafront community.”

The visitor attraction is the Hovercraft Museum and certainly it featured large – it was described as a, “massive asset” – in the presentation though it has to find the funding for the move into the refurbished Grade II Listed hangars in order to secure a long lease.

People who attended one of the presentations or commented on social media generally welcomed the vision and plans for a site described by one person as having, “been rotting now for 26 years and something must be done there.”

Another said: “Too many people have mucked about with the site and its good to have a bunch of people with a clear view and who are determined to engage with the community.”

The two Lee West ward councillors were enthusiastic about the plans – Councillor John Gledhill described it as, “one of the best things that has happened to the Daedalus site since it closed.”

While Councillor John Beavis said, “the outline plans look extremely good and it will turn into something quite special.”

However, both councillors echoed questions raised on social media about the type of housing that will be built – the plan is for about 350 residential buildings – and the impact the influx of residents will have on local facilities, especially the local GP surgery and school, as well as the additional traffic that will be generated.

Though Councillor Beavis hoped that with, “the jobs created on the site, people living on the site will walk to work.”

‘definitely promise we will listen’

In his presentation, Mr Murray noted on several occasions that there was uncertainty about many aspects of the regeneration including how long it will take.

In respect of the later phases of the redevelopment, he said that things, “will change as there is more discussion and ideas”, such as whether or not there will be a hotel included and what should be done with the slipway.

And he urged people to make their views known to the company – via email and the website – because, “we can definitely promise we will listen.”

The next formal ‘listening’ will be in the autumn – when and where to be confirmed – with the company saying it will hold another public consultation so the final details of the planning application can be discussed prior to submission for planning approval before the end of the year.

The information boards used at the Hovercraft Museum event are available on the Daedalus Waterfront website as is a form for submitting comments. 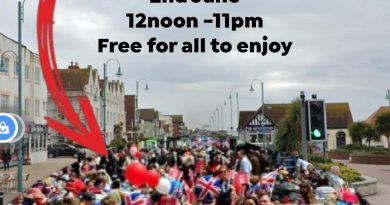 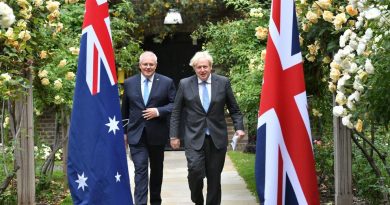