GOSPORT-based charity Falklands Veterans Association is hoping that the Covid-19 pandemic will not prevent a return to the islands for the 40th anniversary of the Falklands War.

Formed in 2002, FVF provides support to veterans of the 1982 conflict and their relatives, and offers assistance – including financial help – for those who wish to go to the islands to remember family members who died in the war.

It has also funded the £350,000 cost of building Liberty Lodge in the Falkland Islands capital, Stanley, and runs it so that people arriving to remember loved ones or revisit places where they fought have a place to stay free of charge – though voluntary donation is welcomed .

However, while FVF is working with Gosport Borough Council on events to mark the anniversary, it is uncertain whether anyone will be able to travel from the UK to the islands for the commemorations and services being held there.

The charity’s Chief Executive, Derek ‘Smokey’ Cole, told The Globe: “No veterans have been able to get to the islands for the last two years because of the pandemic. We have had to cancel 200 visits.

“But we hope [the restrictions] will be lifted by the end of March.”

Not that Liberty Lodge is currently empty. Mr Cole said: “The Falkland Islands only has a small hospital and no care home facilities… so, we offered it to the hospital in Stanley and they were able to move all their elderly people in and they have a lovely view over the harbour.

“They are now planning a facility of their own.”

A lifting of the travel restrictions in next few months would enable veterans to get to the islands for the Landing Day Memorial Service on May 21, the Liberations Day service and ceremony on June 14, as well as other events commemorating particular engagements.

The MoD charges veterans awarded the South Atlantic medal £250 for the return flights. However, for relatives of those who were killed the cost is about £1,500 return.

FVF can help fund the flights because in 2016 it received £550,000 from the fines paid by banks which manipulated the London Interbank Offer Rate – LIBOR.

In the meantime, ‘Smokey’ Cole is working with Gosport Borough Council on arrangements for the town’s commemoration of the 40th anniversary.

He said: “We are arranging the memorial service and the freedom parade on Sunday, May 29, at 11 o’clock in the Falkland Gardens. After the service, the parade will be up the High Street to a reception on Walpole Park.”

Falkland veterans were awarded the Freedom of the Borough at a special ceremony in August 2005, and as a result will be exercising their right to parade in the town.

Argentinian forces invaded the Falkland Islands on April 2, 1982 and the campaign to recapture the British Overseas Territory ended on June 14.

It cost the lives of 255 British servicemen and three female civilians, with 777 injured. Argentina lost 649 personnel and suffered 1,188 non-fatal casualties.

Nationally, commemorations of what is termed ‘Liberation Day’ – June 14 – are being organised by The Royal British Legion supported by the South Atlantic Medal Association 1982 and will centre on the National Memorial Arboretum near Lichfield.

In the House of Commons last November, Gosport MP Caroline Dinenage asked the Minister for Defence People and Veterans, Leo Docherty, about plans for the 40th anniversary.

His response was: “There are significant plans under way, and I look forward to sharing those with her and her Gosport constituents in due course.” 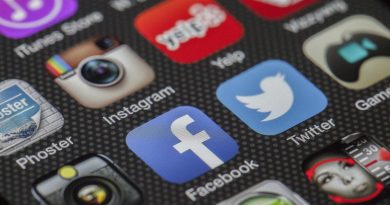