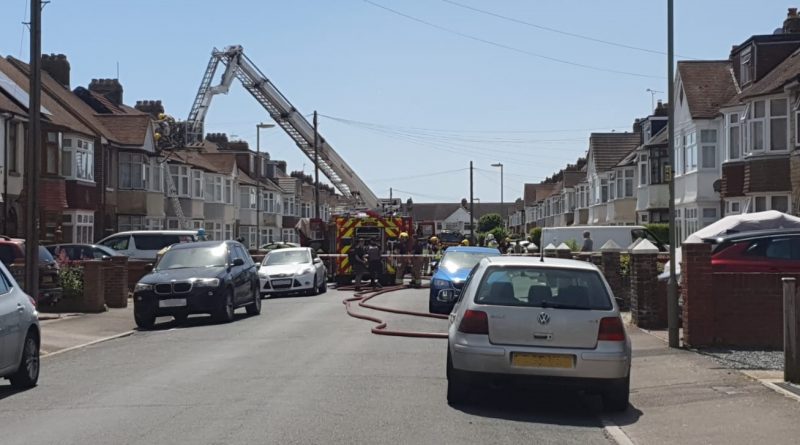 FIREFIGHTERS have confirmed that their response to an incident in Selsey Avenue, Gosport, has been scaled down after three hours following a damaging house fire earlier on Thursday morning (June 16); occurring exactly two weeks after the road went viral following a Tik-Tok video whilst celebrating Her Majesty the Queen’s Platinum Jubilee Bank Holiday weekend.

Crews from Gosport, Fareham, Southsea, Cosham, and Portchester stations were called to the scene at 10:29am; arriving to find the roof of a two-floor terraced property on fire and smoke rising from the building. An evacuation of nearby houses was ordered and a small road closure put in place to allow safety for everybody involved in the emergency response; including a small police presence.

Thankfully the occupants weren’t at home at the time and nobody was hurt as the roof collapsed; firefighters using breathing apparatus sets alongside hose reels and water jets to control the flames. They also performed a salvage operation to save some belongings within the property and completed a number of checks at neighbouring houses before giving the all clear for residents to return.

Receiving the stop message at 1:23pm following nearly hours of work, Hampshire & IOW Fire and Rescue Service (HIWFS) soon tweeted a message confirming the incident had been scaled back with crews leaving the scene. However one fire engine and an aerial ladder remain in attendance to ensure no potential re-ignitions of the fire cause further damage to the house or surrounding properties.

HIWFS further thanked Selsey Avenue residents for their co-operation and support shown to others at a worrying time; with many offering bottled water and light snacks to firefighters as the temperatures reached twenty-five degrees in the hottest day of the year so far. Others deserve credit for helping divert traffic away from the scene and ensuring access for emergency services.

The fire comes just a fortnight after the same road was congratulated for its huge efforts in celebrating the Platinum Jubilee; with bunting lining the streets as a Tik-Tok went viral with over 529,000 views overall. A street party was then held that saw dressing up, music, and socialising throughout the afternoon of June 4, which was covered in the Globe recently as seen here.

PICTURED BY HIWFS TWITTER: Scene at Selsey Avenue, Gosport on Thursday morning as fire is battled. 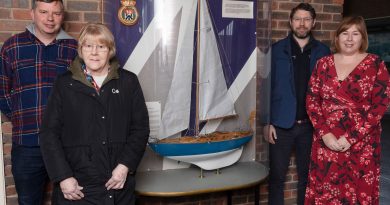