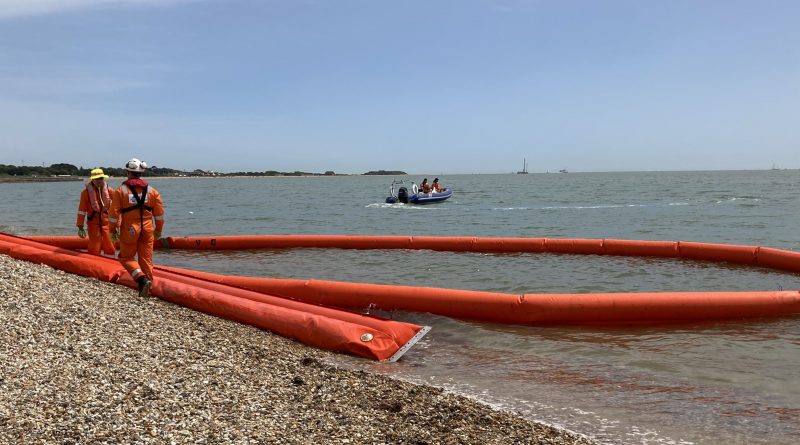 IT may have looked like there had been an oil spill at Stokes Bay, Gosport but the people in the orange protection suits were trainees, the boom had been deployed for an exercise, and there was no oil on the sea.

The trainees and their supervisors have been at the western end of the bay all week as part of a three-month training course run by Southampton-based Oil Spill Response Limited.The company’s Global Learning and Development Manager Dean Wasche told The Globe: “We exercise all over the south coast. As the training develops, we mix up the sites – Calshot, Lepe, etc.

“We train them in different environments – there are off-shore, inland and shoreline elements – and occasionally we use Stokes Bay.

“What we look to do is recruit people who are problem solvers,” and he pointed to the currents at Stokes Bay as one of the reasons for training there.

Oil out, not in

And to scotch rumours about the use of oil in the training, he emphasised: “At no time do we ever put oil in the water. We only ever take oil out of the water.”

There was a lot of different equipment on view: the inflatable boom to encircle a spill, skimmers to take the spill off the surface of the sea and then pump it to portable storage tanks placed at the back of the beach ready to be taken away.

A large tent had been erected to provide protection from bad weather, storage and a place to stay overnight as the boom was in place for several days and had to be supervised at all time.

OSRL’s 2020 Strategic Report describes the company as, “an industry-owned and funded emergency response organisation, providing a range of oil spill related services to its members.”

There are different types of membership with global companies such as ExxonMobile and BP requiring global coverage while associate members opt for response in specific locations.

Successful trainees will join the 150-strong OSRL team who are ready to be deployed anywhere in the world to augment the local response – OSRL has representatives and bases in 20 locations from Perth in Australia via Asia, the Middle East, Africa, South America, and Europe to Minnesota in the USA.

And when they are not deployed to incidents, the responders are carrying out exercises, maintaining equipment – some of which is in a large trailer ready for despatch via contract haulage and shipping companies – and training port and oil-related facilities’ staff in not just containing oil spills but also preventing them in the first place.

As Mr Wasche said: “A big part of what we do is prevention.”

He added that OSRL is currently recruiting and further information is available on the company’s website HERE.

Photograph (top): hauling in the boom at Stokes Bay, Gosport. 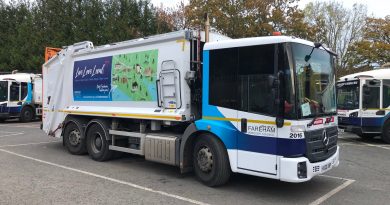 Stokes Bay car park to remain shut for another summer