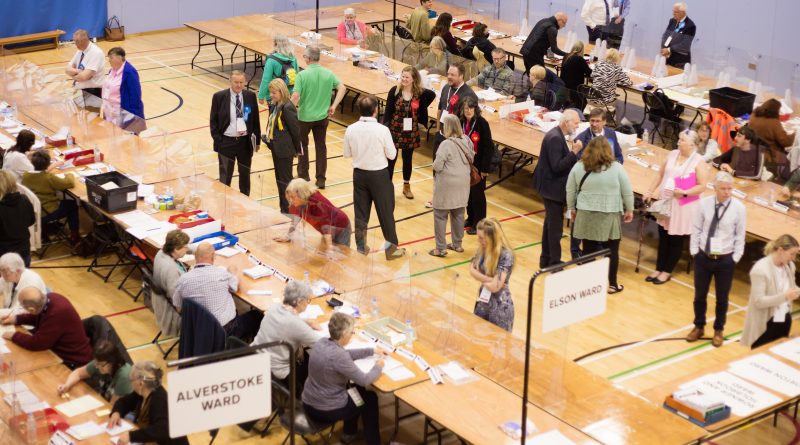 THE LIBERAL DEMOCRATS have gained overall control of Gosport Borough Council outright for the first time since 1997 with a surprise victory following Thursday’s votes across the area; the Conservatives losing support and seats as the ‘yellows’ took advantage of a complete reset of the town hall following ward boundary changes as results were confirmed throughout the day on Friday.

With all seats up to grabs following the change announced last summer, Gosport was preparing for a change in structure as the number of councillors was reduced from thirty-four to 28 alongside limited wards following a review by the Electoral Commission. Before this election was held the Conservatives were in overall control with nineteen seats and favourites to win again, with Liberal Democrats representing 14 seats and Labour controlling the final one of the thirty-two representatives in the Gosport town hall chamber.

Given the change to boundaries none of the seats would be ‘gained’, ‘lost’ or ‘held’; each candidate coming first getting a full term of 4 years whilst runners-up clinched a half term of two years. This means that fourteen seats will be contested again in May 2024 with the other half up to grabs across the town in 2026 under the new election cycle, with any future general elections running alongside these votes as seen in previous years like 201o (the year the Conservatives won overall control after coalition).

And it looked like the Conservatives would win easily as they sealed a victory in both Grange & Alver Valley seats, with Alverstoke and Lee West unsurprisingly falling the same way as Graham Burgess’ party sealed six out of the first eight seats declared by the returning officer during the early morning session of counting.

The only dent in the early Conservative armour was victory for the Liberal Democrats in Elson Ward as Sue Ballard and Richard Earle sealed a huge majority of over 500 votes from their rivals. But a warning shot soon followed for the Conservatives came after midday when Labour won both contested seats of the newly created and combined ward of Harbourside & Town to seal their only victory of the election.

Although the Conservatives were soon to be declared victors in Anglesey ward, a flurry of results before the lunch break soon raised hopes for the Liberal Democrats as they sealed four seats from two results. Bridgemary was won by ‘yellow’ candidates Stephen Hammond and Bob Maynard, whilst this perceived dominance was replicated in Rowner & Holbrook with another two Liberal Democrat seat wins.

The lunch break didn’t seem to help the Conservatives as they were beaten in both Forton and Leesland & Newtown wards, all four seats won by Liberal Democrat candidates as they looked poised to win overall control. However they were held up slightly by split results in Lee East and Peel Common, where the seats were divided between one Conservative and one Liberal Democrat each.

Liberal Democrat control of Gosport council was confirmed at around 4:45pm as they won Hardway with two seats, whilst a similar win was confirmed in the Brockhurst & Privett ward to pile pressure on the Conservatives. Overall the Liberal Democrats finished with sixteen seats with a net gain of six, two more than they had under the previous structure confirmed after the May 2021 elections. The Conservatives finished with 10 seats with a loss of seven in comparison to last year’s results, whilst the Labour Party won one more seat than twelve months ago and closed the gaps in several wards on the winners.

The new administration and allocated roles will be confirmed at the council’s annual meeting due to be held later this month, with a new Leader to be decided to replace Graham Burgess following his party’s loss of control in the chamber. At the time of writing there is no date available for when this meeting will be.

This shock defeat for the Conservatives in Gosport comes after a disappointing night in Portsmouth City Council votes; winning just two of the 14 seats on offer across the water. In contrast the Labour Party and Liberal Democrats winning five apiece, whilst the Portsmouth Independent Group sealed two seats across the city. A full breakdown of these results can be seen here.

Ward summaries for Gosport designed by the Globe’s Graphic Designer and Assistant Editor Connor Steel can be seen via the downloadable file here, whilst readers are encouraged to examine national results via the BBC News website as they reach their conclusions. This includes 146 English councils alongside those across Scotland, Wales, and Northern Ireland.

PICTURED BY HOLLY MASON: Counting and tension during the day at Gosport Leisure Centre as Conservatives lose overall control to the Liberal Democrats for the first time since 2010. More of Holly’s photographs from the count will be released in a picture special later this weekend. 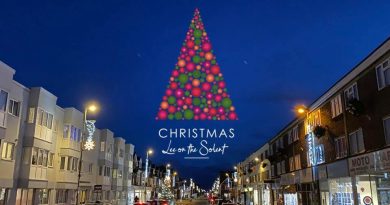