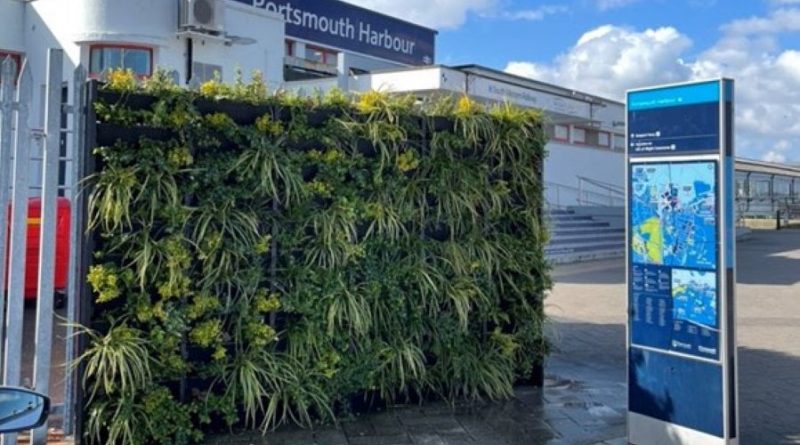 GOSPORT ferry commuters and visitors are now being greeted by a ‘living wall’ outside Portsmouth Harbour railway station.

South Western Railway has had – what is described as a, ‘self-sufficient, vertical garden’ by specialist ‘green’ firm Biotecture – erected on the concourse.

SWR’s Head of Sustainability Amy Dickinson said the company wants to, “support the communities we serve, including by making them greener and more sustainable. By improving air quality and providing a safe home for all sorts of wildlife, this brilliant new Living Wall does just this”.

Interestingly, no one is mentioning the visible appearance of the living wall – though perhaps that is implied in stating it will lead to an improved sense of wellbeing.

Certainly, it makes entering and leaving Gosport by the ferry more attractive especially as on the other side of the harbour – as reported in The Globe – a nautical artwork painted by Nathan Evans now adorns the waterfront side of the current bus station.

The Globe asked SWR for further details of the living wall – such as the cost and how long it could be expected to last – but, as yet, there has been no response to the questions. 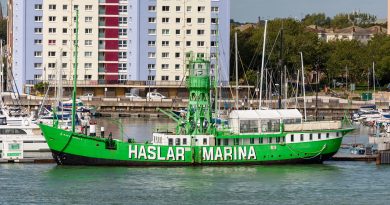