His expectation had been that he would remain a borough councillor until the next local elections in 2024.

However – as reported in The Globe – the Local Government Boundary Commission’s review and re-organisation of Gosport borough wards has resulted in the seats in all the wards being contested this year.

Therefore, Councillor Hook is stepping down earlier than expected after 30 years on the council, ten of them as leader of the council.

He first stood and won the Leesland ward in 1983, stood down for personal reasons eight years later but was re-elected in 1998. In 2004, he switched to the Alverstoke ward and has held that seat ever since.

As can be expected in politics, he has attracted controversy particularly when he was the council leader.

Political opponents – especially the Liberal Democrat group led by Councillor Peter Chegwyn – raised questions about Mr Hook’s financial dealings as chairman of Gosport Borough Football Club and as a businessman running a shop in the High Street. However, the accusations have never been substantiated.

Mr Hook’s involvement outside politics has extended beyond the football club: he was chair of Gosport Round Table and served for two years on the Round Table National Executive, and from 2002 to 2010 he was president of St John Ambulance Gosport.

Since 2016, he has been a trustee of the Thorngate Churcher Trust and is now also taking an active role in helping Fleetlands Football Club get promotion from Hampshire Premier League Senior Division.

Brought up in Gosport and, after a career in banking and finance as well as being a member of the Royal Navy Reserve, Chris Carter became a borough councillor for Lee West in 2002, and has held the seat for the last 20 years.

From 2009 until 2021, he was also a Hampshire county councillor representing the Leesland & Town Division.

Last year, having retired as a county councillor, Mr Carter was made an Honorary Alderman of the county.

He told The Globe that he was leaving political life because, “as I approach advanced years, now is the time to let a younger person take over.”

The desire to make way for younger councillors was also a reason for Piers Bateman deciding not to stand for re-election in May.

The solicitor has held the seat since 2014 and was recently at the forefront of Gosport Borough Council’s response to climate change, leading a working group that produced the authority’s climate change strategy.

He said he was looking forward to, “another phase of life”, which is very likely to include travelling far afield in his camper van.

Many fellow councillors and members of the public will miss his distinctive voice which resonated in the Town Hall Chamber and attracted attention whether or not you agreed with the views being expressed.

A by-election in 2019 brought Siobhan Mitchell onto the council as a councillor representing the Brockhurst ward.

During her three years, she has been a member of the council’s Climate Change Board and Economic Development Board.

Having said that these four councillors will be leaving politics behind, there is always the option that they could decide to stand again in the future, or there is the possibility that one or more of them could be offered the role of being an Honorary Alderman of the borough.

The re-organisation of the ward boundaries in Gosport means that after May 5 the council will have 28 councillors from 14 wards as against the current 34 from 17 wards.

That, plus the reduction in the number of wards, has led to four wards where two seats are available but are being contested by three current councillors: Brockhurst and Privett, Grange and Alver Valley, Peel Common, and Rowner and Holbrook. 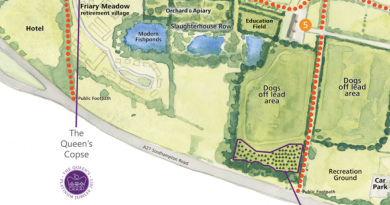 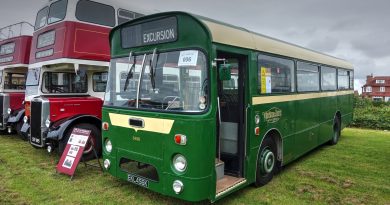