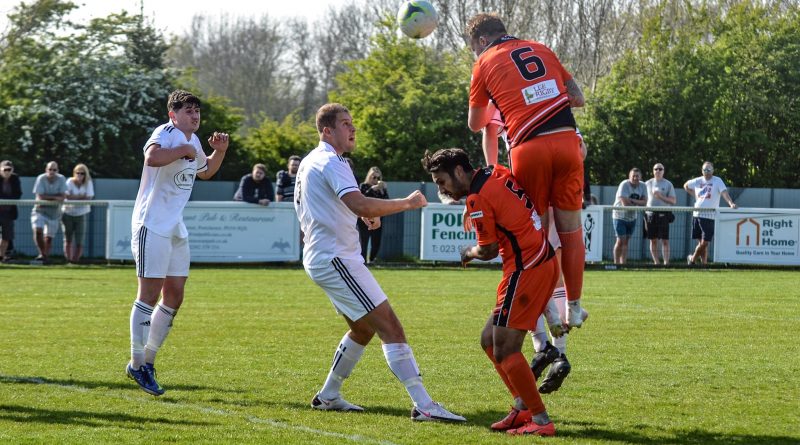 AFC PORTCHESTER concluded their league campaign with a comfortable and clinical home display at the On-Site Group Stadium, beating Dorset-based Portland United four-one in front of two hundred supporters on Saturday afternoon. This final day victory means that Dave Carter’s side have finished seventh in the Wessex League Premier and marked the end of Sam Pearce’s career with the Royals; the defender on the scoresheet in one of the afternoon’s many highlight as the hosts completed their final win of the year in style.

The Royals made a perfect start under beautiful spring sunshine as they took the lead as fine attacking build up play in midfield saw captain Steve Ramsey thread a pass through the defence to find Rafa Ramos, who fired home under the advancing Portland goalkeeper Mike Edgar inside the bottom left corner. The striker nearly doubled his tally on eight minutes in a similar move but was denied by the keeper’s legs, with Greg Borthwick seeing his header saved by Steve Mowthorpe and Ryan McKechnie firing over in a fast paced opening quarter hour of proceedings with multiple half chances for both teams.

After this frantic start proceedings seemed to settle down as Portchester dominated possession and looked calm in dangerous positions, creating the next chance on 21 minutes when Jake Raine drove his rising effort over the crossbar from twenty yards. In response Portland almost got an equaliser as Matty Burrows curled straight at Mowthorpe between the home sticks and the visitors won a streak of corners that ultimately came to nothing; Portchester going close again on the half hour as a cross caused a goalmouth scramble with the away side eventually clearing away to safety following a series of blocks and saves by Edgar.

Marley Ridge and Olly Searle then saw quickfire shots drift over the crossbar with the break looming as Ramos shot straight at Edgar on 37 minutes, Burrows linking up the play with Ben Morris to curl harmlessly wide just sixty seconds later and Harry Thomas’ cross evading Oli Lowes inside the penalty area. After weathering this storm it was Portchester who got the second goal in the final notable action before the interval as the ball was brilliantly played into the overlapping Liam Robinson who fired home into the corner off the far post from an inviting angle beating the diving Edgar with pace and power.

Both sides seemed to lack momentum in the initial moments upon restarting as they cancelled each other out in midfield; the first chance of the second period coming on 56 minutes when Lowes set up Burrows who cut inside but saw his shot drift wide. And just before the hour mark George Barker received the ball out wide and showed tricky footwork to beat his marker on the left as he curled wide of the post from the corner of the box, whilst substitutions for both sides signalled a short lull due to constant interruptions.

But these changes did inject fresh legs into the game and Portland used these to their advantage by halving the arrears on sixty-eight minutes through Troy Walbridge. It came from a Portchester free-kick which was charged down by the defender and the ball was cleared into the path of the striker, who advanced towards goal and calmly slotted home with a curled finish past the diving Mowthorpe at his far post. This seemed to spark the visitors into life and they created two further chances through Burrows, the attacker also denied a penalty as he broke into the box with pace before going down under a challenge by Curt Da Costa.

Portland’s final chance came on 81 minutes as Walbridge headed over a cross from the left as they were rueing  missed chances with seven left to play; Portchester adding a third when a corner was recycled and played into the box to reach the unmarked Pearce who made no mistake in heading home a third past Edgar to seal the points. And the Royals added extra gloss to the scoreline in additional time as Bradley Lethbridge found Barker in space, the midfielder’s crisp effort smashing the top corner to gain applause from the fans; the final goal of the season as the referee blew for full time shortly afterwards for a convincing home victory.

Portchester’s good form towards the end combined with other results means they finish 7th in the table with forty games played; ending in 21 wins, nine draws and ten defeats after an inconsistent opening few months from August to late November. But Dave Carter will seek positives from 99 goals scored and just 51 conceded in the league season as preparations now turn to the 2022-23 campaign starting in August; with targets likely to include a sustained push for Southern League promotion and building on two semi-final defeats this summer as the Royals look for their first silverware since the 2018 Wessex League Cup. 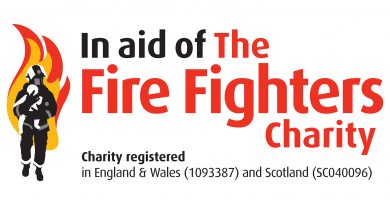