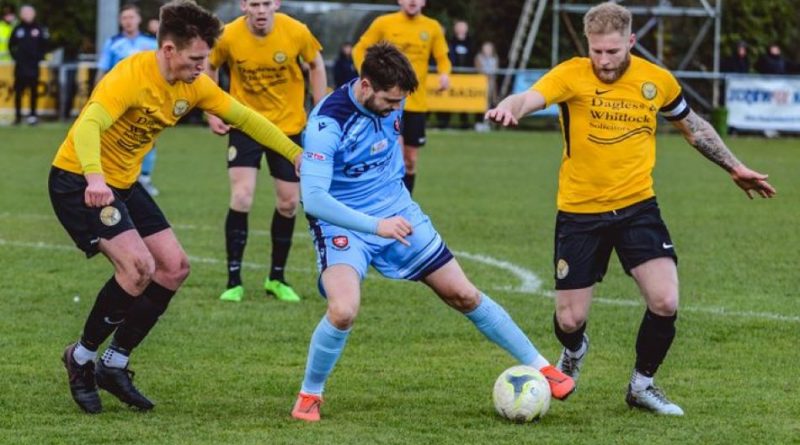 BASHLEY completed a stunning league double over AFC Portchester on Saturday afternoon, beating Dave Carter’s side four-one at the Glen Mex Stadium with penalties making up three of the five goals scored in the New Forest. However this score-line doesn’t reflect the full ninety minutes as both sides saw a range of opportunities, but the Royals couldn’t take them when it mattered and this proved to be a decisive factor as the hosts ran out comfortable winners in wintry but sunny coastal conditions.

Portchester started brightly with some good possession in the opening moments, which allowed the first chance after six minutes when Lee Wort fired straight at Bashley goalkeeper Ross Casey from an angle. In response the hosts began to work themselves into the game as Jamie Webber fired wide 60 seconds later and took the lead on their next attack when Harry Bunce was fouled inside the penalty area. The referee gave the spot kick, which was converted calmly by Lewis Ross into the right corner.

It should have been two-nil for Bashley on 15 minutes when a long ball found their pacey striker Ben Atiako-Hall through on goal, but his shot under pressure by defender Jake Raine drifted over the bar from close range. This was a chance that sparked Portchester into life and they equalised in the 20th minute through their own penalty that was awarded following a foul on captain Curt Da Costa, the spot kick smashed home into the bottom right corner by Bradley Lethbridge despite Casey’s efforts.

Both sides began to calm down after the penalty drama as Bashley saw chances through Grange and Webber either side of the half hour mark, whilst Wort fired over the bar with an angled shot and his strike partner George Barker was denied by a fine tackle moments later for the Royals. Another goal was coming before the break and it fell Bashley’s way as Grange rose highest to meet an in-swinging delivery by Liam Farrugia to nod into the top left corner past the stranded keeper Konrad Szymaniak.

And it got worse two minutes after the interval when Bashley were awarded another penalty after a foul by Conor Bailey inside the area; Ross smashing the effort down the middle with power and pace to make it 3-1 after forty-eight minutes. Grange then fired over the crossbar following a looping pass into space and Bunce saw his low effort saved by Szymaniak moments later; whilst Portchester went close with a powerful shot by Lethbridge, who had been found down the right side by Tyler Giddings.

Just after the hour mark Portchester created their next chance as Wort linked up with Rafa Ramos in space, the winger’s shot goalwards saved sharply by Casey for a corner. Bashley were then forced to make a substitution as Farrugia suffered an injury, whilst the Royals themselves made changes to try and force a way back into the game; nearly making an immediate impact as Lamin Jatta fired wide in the 68th minute. Wort and Lethbridge then linked up with the latter’s effort flicking the side netting.

On seventy-one minutes Bashley made sure of the victory with a fourth goal; good passing releasing Webber down the wing and his cross was met brilliantly by Grange to convert easily into the net. In truth this goal killed the match as a contest with Bashley showed organised game management skills and comfortably sealed the win after stoppage time, despite chances for Jatta who blazed over from fifteen yards on 85 minutes and Wort heading straight at Casey after a brilliant delivery by Zak Sharp.

Bashley have risen to 4th place in the Wessex League after their seventh successive win in all competitions, whilst the Royals stay eighth following other results on Saturday afternoon. Portchester will now play Brockenhurst next weekend away from home, before hosting Baffins Milton Rovers in a Portsmouth derby on February 26 at the On-Site Group Stadium. Dave Carter’s side will then face US Portsmouth and Blackfield & Langley in the first week of March as the season reaches its climax.

PICTURED BY DANIEL HASWELL: George Barker holds up two Bashley defenders at the Glen Mex Stadium on Saturday afternoon, with the hosts completing a league double over the Royals. 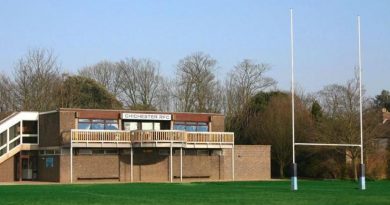