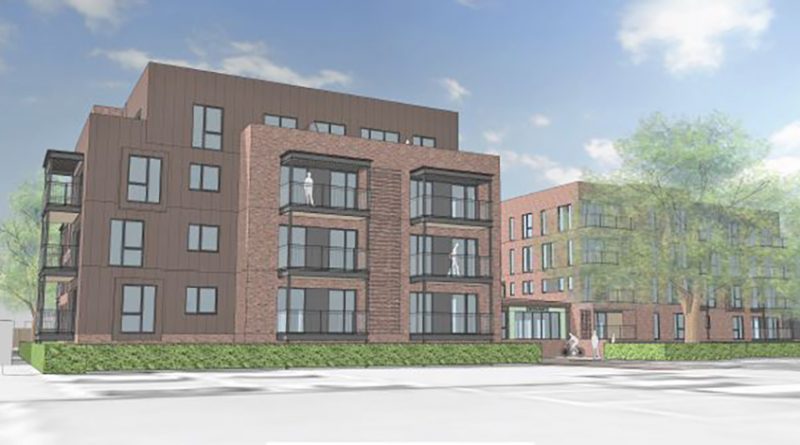 FAREHAM Borough Council is asking people for their views on its proposed redevelopment of affordable sheltered accommodation at Assheton Court, near the shopping precinct in Portchester.

The existing buildings was constructed in 1971, and house 20 flats and 13 bedsits but the council – which owns and runs the court – says they need significant work which even it is carried out would still leave them, “poorly suited for sheltered needs”.

The proposed redevelopment would increase the provision of sheltered accommodation on the site to 60 accessible one- and two-bedroom flats, each with a private balcony and being more energy efficient.

There would also be a large communal lounge and kitchen areas, an outside garden area plus secure internal space for mobility buggies.

One significant change will be the scale of the proposed building which would replace the existing two-storey blocks with what the diagrams indicate would be three and four storeys high, though the proposal states that the, “largest and most significant mass of the building is away from neighbouring boundaries”.

Current residents have been consulted especially as the existing buildings would be demolished and they would be accommodated temporarily nearby until the new Assheton Court is constructed.

Now it is the turn of Portchester residents and anyone who lives in the borough to have their say about the proposed redevelopment.

Urging people to make their views known to the council, the Executive Member for Housing at Fareham Borough Council, Councillor Fred Birkett, said: “There is a real need for more sheltered housing for older residents across the Borough and this redevelopment offers an opportunity to create more, better quality, homes for those who really need them.”

Details of the proposed redevelopment and a feedback form can be accessed HERE and the consultation is open until 5pm on Monday, November 1.

Having considered the views submitted, the council will prepare a formal planning application for the redevelopment and will be considered in 2022.

The project is explicitly included in Fareham Borough Council’s Local Plan 2037 which has now been submitted for examination by an independent Planning Inspector appointed by the Government.

This assessment of the soundness of the plan may involve public hearings called by the inspector as part of the process before a report is produced. No timescale has yet been announced. 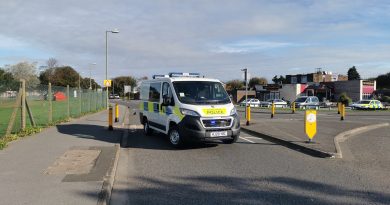 Fareham and Gosport by no means ready for Ukrainian refugees