Parks and open spaces have been important for many people during the Covid-19 pandemic and lockdowns. Chief Correspondent Rob Thomas reports how four parks in Gosport and Fareham have been recognised for what they offer…

TWO parks in Gosport and two in Fareham will be flying Green Flags having been judged to meet the highest standards of management, and to be safe and accessible to everyone.

Stanley Park – for the second time – and Crescent Gardens in Gosport together with Holly Hill Woodland Park and the Sensory Garden of Reflection in Fareham are among the 2,127 parks and green spaces across the UK that have been awarded a Green Flag for 2021.

The Green Flag Award scheme started 25 years ago and is managed by the environmental charity Keep Britain Tidy under licence from the Department for Levelling Up, Housing and Communities.

The Chief Executive of Keep Britain Tidy, Allison Ogden-Newton OBE, pointed to the importance of parks and open spaces during the pandemic lockdowns: “At a time when parks have been at the heart of every community across the country it is perhaps not surprising that 95 percent of the public thinks that their local parks and green spaces need to be protected.”

The judging criteria for the award include that the park is welcoming, healthy, safe and secure, and is well maintained and clean. Environmental standards – energy efficiency and actions to meet climate change challenges – and biodiversity are also in the assessment, as is marketing and communications, and community involvement.

Welcoming the Green Flag Awards for Stanley Gardens and Crescent Gardens, the chair of Gosport Borough Council’s Community Board, Councillor Philip Raffaelli, praised the work of the council’s grounds maintenance team and cleansing contractor Urbaser, and of the volunteers who were important in satisfying the community involvement criterion for the awards.

He said: “It’s great news for the Friends of Stanley Park and the Friends of Crescent Garden, and a recognition of their hard work and dedication in keeping the parks well maintained, attractive places for our community to enjoy.”

The Friends of Stanley Park have about 900 followers on Facebook and the group’s chair, Kevin Green, told The Globe: “We are still doing litter picking and when the judges [for the Green Flag Award] came to look, they went through what they expected – involvement of the community and a plan of what we want to do.

“We have put in place some park benches and we are saving up for more benches, raising money by holding events, and also collecting car batteries and cables which we take to the scrapyard and get money for them.”

As well as the two parks in Fareham, Green Flags can now be raised at Baffins Pond, Milton Park and Southsea Rock Gardens in Portsmouth.

Child-sex pervert up for sentence 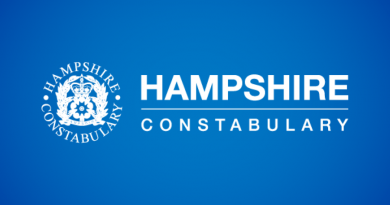 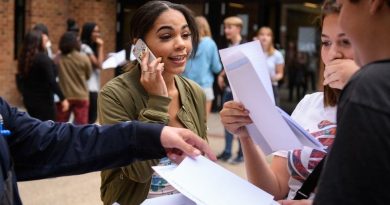