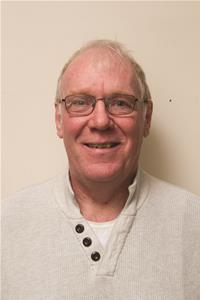 The dramatic scene of Councillor Stephen Hammond walking out of last Wednesday’s council meeting was witnessed by Chief Correspondent Rob Thomas and, as he reports, it may not be the end of the matter …

The political harmony displayed in the extraordinary meeting – reported in The Globe – held  prior to the full council meeting quickly dissipated when the main meeting got to agenda item 6.

This was titled: “The disposal of unfinished business from the 31st March meeting of the council”, and it invited Councillor Hammond to apologise for comments made during that meeting.

Held remotely, it was the last full council meeting before the local elections in May and arguments about the contents of election leaflets required intervention by the then chair Mayor Zoe Huggins (Conservative, Privett) to stop political statements being made as the council was in ‘purdah’ in the run up to the vote.

The controversial comments came in a debate about the scheme of allowances for councillors and, in particular, when discussing an amendment proposed by Mr Hammond which proposed the removal of the allowance paid to the chair of the Standards and Governance Committee – and one which was not passed.

At about two hours into the March meeting, Mr Hammond said: “The people of Gosport are in the biggest crisis they have ever suffered… I think it is absolutely obscene at this moment in time to increase the expenditure of this council when it is not necessary…”

He went on to say: “I know you all, you know, don’t care or don’t appear to care about the poor people, the people who can’t even afford to feed the families… some of these councillors do not care about the public…”

The then Leader of the Council and leader of the Conservative group, Councillor Mark Hook (Alverstoke), quickly used a point of order to ask Mr Hammond, “to retract the comment that he made saying that we don’t care about the poor people or members of the public… As serving councillors, regardless of the party you serve, you care about the people of Gosport”.

The Mayor agreed and asked Mr Hammond to retract and apologise. But before he could respond, several councillors – including Mr Hammond – reported difficulty with their computers and internet. Councillor Huggins eventually ruled that because he was unable to be heard or seen, Mr Hammond should send a written retraction and apology.

This ‘unfinished business’ did not appear on the agenda of the next council meeting on May 19, and the meeting scheduled for July 28 was cancelled.

And so, last Wednesday evening Mr Hook – as mayor, he now chairs Council meetings – returned to the issue and, having repeated the comments, asked for a retraction and apology because it was directed at all the councillors.

Responding, Mr Hammond said the comments had been, “about the Conservatives in general’, but “not addressed to any councillor”.

He then walked out of the meeting saying the issue was, “party petty politics”.

That was also the phrase used by Liberal Group Leader Councillor Peter Chegwyn (Leesland) when he spoke to The Globe after the meeting.

He added: “[The Conservatives] have been holding a vendetta against Councillor Hammond for a year. They do not have the right to gag him.”

But he felt the matter was now closed.

However, Mr Hook was not so sure, saying – after the meeting and the news of the stabbing of MP David Amess: “A lot of debate in the media is about how politicians speak to each other. We have to consider what action we need to take.”

The Globe tried to contact Mr Hammond but he did not return the phonecall. 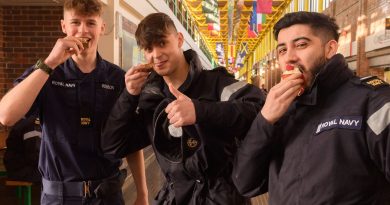 Collingwood baking is a real treat 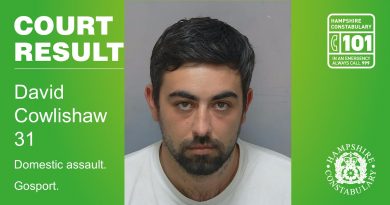