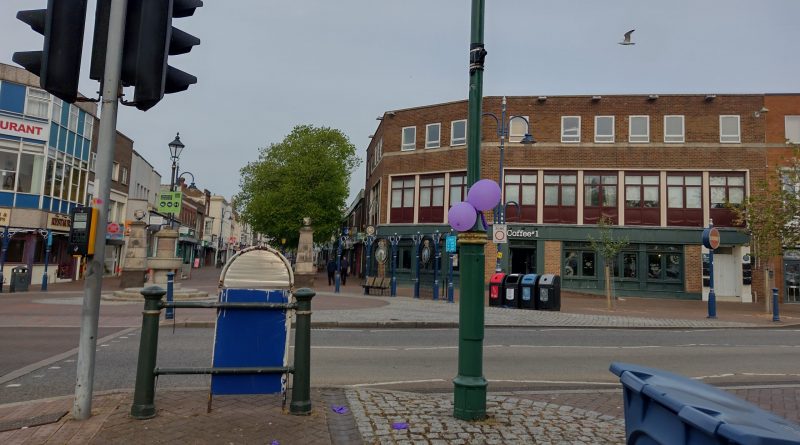 ROADS AND LANDMARKS across Gosport have turned a shade of mauve this week as the town paid its own poignant tribute to mark the life of twelve year old Hope Ayres, who sadly passed away last month following her brave journey since being born with a rare medical condition.

Inspiring the local community and beyond via a blog, Hope’s parents have documented her daily life and journey with Klippel-Trènaunay-Weber syndrome; a congenital condition caused by excess blood cells that left the youngster unable to sit unaided and needing a wheelchair due to malformations on her back. It also caused a weakened immune system, leaving Hope susceptible to infections needing hospital treatment.

The insightful and personal blog currently has 2,700 followers and has been used as a platform to raise awareness of the condition alongside successful fundraising activities; Hope receiving hundreds of individual birthday cards in 2020 following a social media campaign created by family members.

Such was her positive impact on her local community and beyond; Hope’s family were overwhelmed with cards, gifts and thoughtful well wishes in the weeks after her death was made public, the tragic news confirmed by her mother via a poignant online post on April 5.

And in recent days mauve balloons have been spotted across key Gosport locations such as Forton Road, Stokes Bay, Alverstoke, Leesland, the town centre and outside the White Hart Pub; a poignant community touch organised by family members and residents in the build-up to her funeral.

This was held yesterday afternoon (May 4) with a service at St John the Evangelist and a burial at Ann’s Hill Cemetery with everybody welcome to attend, whilst residents were also seen lining the streets paying tribute to Hope as she completed her final journey around the Stokes Bay area.

Another poignant touch saw the Spinnaker Tower turn purple for ‘Hope’s Journey’ from 7pm last night with family members in attendance after the wake. A similar event will take place later this evening (May 5) with the community invited to gather near to the ferry terminal in Falklands Garden for 7pm.

Readers can also make a donation via Hope’s funeral page here, with the figure standing at £2,000 at the time of writing. All monies will be shared between Chestnut Tree House Hospice and Eight Foundation; both proving valuable supports to Hope and her family at various points of her inspiring journey.

PICTURED: A selection of balloons seen down by the Gosport Ferry terminal early on Wednesday morning.