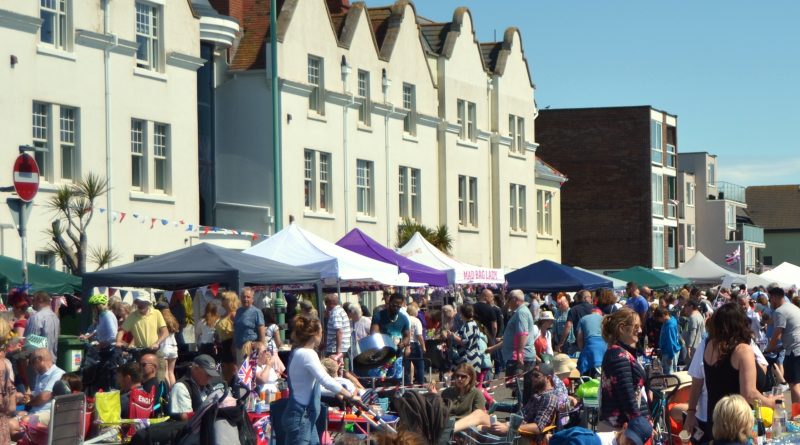 LEE-ON-THE-SOLENT certainly put the ‘lee’ into the Platinum Jubilee yesterday as thousands of people thronged the seafront to enjoy the sunshine, food and entertainment.

Marine Parade either side of the junction with Pier Street had been shut to traffic and instead of cars – and there would have been heavy traffic along the seafront on such a sunny day – there were people eating and drinking as they sat around the tables they had brought with them.

There were long queues for the food stalls and ice cream vans while the craft stalls looked like they were enjoying something of a bonanza.

There was plenty of music coming from the Flowers Buildings and Marine Parade car parks plus entertainment for the children including a Punch and Judy, though the face painting stall was maybe the most popular judging by the number of tiger and other faces that adorned many younger ones.

It is difficult to give an accurate count of the number of the people who were at the Lee Beacon 2022 because it was a free event, had many entrances and lasted for more than twelve hours but it was certainly in the thousands.

Hovercraft Museum and Daedalus Waterfront next to each other

As The Globe reported two weeks ago, the announcement that the Daedalus Development Company Limited had been chosen to regenerate what is being called Daedalus Waterfront had raised a lot of questions on social media including concerns about what will happen to the Hovercraft Museum.

Interestingly, both had stalls and they were next to one another – near the Marine Parade bus stop – at the Lee Jubilee party and the relations between the two were very friendly.

There was little more information available about the Daedalus Waterfront development – a leaflet being handed out restating the outline details already made public.

However, the presence of Daedalus Development Company directors David Twohig and William Murray indicated a commitment – as stated in the leaflet – to, “a conversation with the local community”.

And there were conversations with people who wanted to make a range of points about the proposed development.

The leaflet says that community events are being planned over the summer and The Globe understands they are likely to begin in July.

To keep up to date, the leaflet advises registering via the website or emailing: info@daedaluswaterfront.com 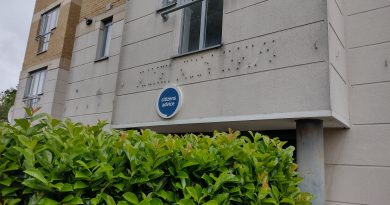 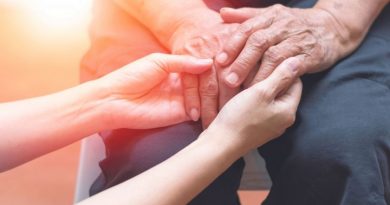 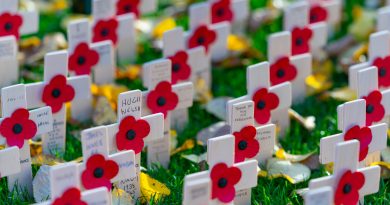