THE last weekend in September is going to be a busy time for Gosport and Fareham residents who enjoy finding out more about local history and heritage.

Gosport Heritage Open days have just got underway (as reported here in The Globe) but after they finish, Lee-on-the-Solent will host a three-day commemoration of the 76th anniversary of the end of World War Two.

And on the same weekend, there will be a two-day celebration to mark the 150th anniversary of Fort Nelson on Portsdown Hill Road.

‘The event is planned to celebrate ‘Victory’ as an education’

The organiser of  Lee Victory Festival  – Jonathan Moore – is promising a, “spectacle for all to remember” to make up for not being able to hold a 75th anniversary commemoration of VE Day last year due to the pandemic.

The easing of the Covid-19 restrictions means Lee-on-the-Solent will for three days – September 24 to 26 – remember not only those who fought, but also what it was like to live through, World War Two.

Mr Moore said: “I can say that the Lee Victory Festival is going to one of the largest of its kind in Hampshire for the celebration and remembrance of both VE and VJ days and has not been organised by a national body or local authority.

“The event is planned to celebrate ‘Victory’ as an education but not all about the military but what other aspects helped in achieving victory as in the land armies for an example; we are also showing the consequences of victory which is the devastation from the aftermath [where] people are scared mentally and physically so here we have various charities having their presence so to show what services they offer.”

Lee Recreation Ground will host displays of military vehicles, a Spitfire and a Hurricane, re-enactors, stalls, a funfair and music in the evenings. There is a range of entry ticket prices including concessions for veterans, and serving MOD and Blue Light personnel.

On the Saturday and free to watch will be a Military Parade – from Daedalus and along the High Street and Marine Parade – led by HMS Sultan with HMS Collingwood, Cadet Troops, 3 marching bands, Veteran Associations, some from Poland, and then reenactors and vehicles.

The Salute will be taken in the presence of Rear Admiral Iain Henderson CB CBE DL, Vice Lord-Lieutenant of Hampshire

And the Boultbee Air Academy will provide a Spitfire Air Display.

Further details including ticket prices are on the Lee Victory Festival website.

At about the same time – between 10am and 5pm on Saturday and Sunday, September 25 and 26 – and a few miles up the road on Portsdown Hill, a Victorian Fair will be the centre piece of the celebrations to mark the 150th anniversary of Fort Nelson.

One of the so-called ‘Palmerston’s Follies’ built in the 1860s to protect Portsmouth Harbour, the fort did not see action in the conventional sense but was used for military purposes during both world wars.

It now houses the Royal Armouries’ national collection of artillery and historic cannon but for two days it will be put to a more peaceful use – a Victorian Funfair with rides on a steam carousel, swing boats, a Ferris wheel, a pepper-pot helter-skelter, a coconut shy, tin-can alley, and a traditional test your strength machine.

Tickets – which include unlimited rides, entry to an assault course as well as parking and entry to the museum – cost £7.50 and must be booked in advance as capacity is limited with arrival times on tickets between 10am and 2pm.

What with Heritage Open Days, Lee Victory Festival and Fort Nelson’s 150th anniversary, September 2021 is proving to be ‘heritage month’ in Gosport and Fareham.

Photo (top): There will be a Victorian Funfair at Fort Nelson. Reproduced with permission 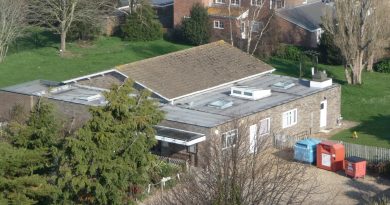