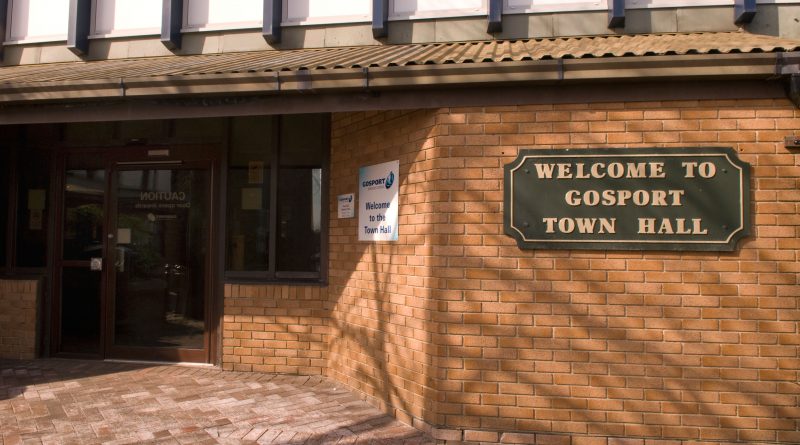 And during the time the public was able to remain in the Town Hall chamber, all the debates ended in unanimous approval for the relevant officer’s recommendations.

Money is available from central government for improving cycling and walking routes – in particular, Prime Minister Boris Johnson’s long-term cycling and walking plan ‘Gear Change’, announced in 2020, promised £2 billion over five years to reach a target of half of all journeys in towns and cities being cycled or walked by 2030.

As reported in The Globe, the public consultation about the proposals for Gosport closed at the end of October but a spokesperson for the borough council said: “Our understanding is that [Gosport Borough Council] was permitted to contribute outside the public consultation deadline because of the way our board meetings fall in the calendar.”

It could be thought that discussion of cycling and walking would be better carried out by the council’s Community Board but the spokesman explained: “The report comments on a planning document, dealing with policy and strategy, and has therefore been prepared by the planning and regeneration section, for consideration by the Economic Development Board.”

The officer’s report to the board accepted that the county council’s proposals for the Gosport area are mainly cycling routes rather than just for walking.

What was being proposed by the borough council was a, “suggested list of additional cycling and walking projects … [and] to append the suggested list of other projects to assist with future funding bids and to incorporate these into other relevant plans and strategies”.

As the officer said during the discussion, by having the routes identified it will mean, “when bidding [for funding], Hampshire County Council can say it has a list of schemes approved by Gosport Borough Council”.

More than 40 non-prioritised, suggested improvements for cycling and walking were tabled by the officer, including a new cycle route along the southern boundary of the Huhtamaki site to give better access to Brune Park School, and better cycle links to and within Alver Valley.

In a deputation on behalf of her constituency residents, Councillor Julie Westerby (Liberal Democrat, Christchurch) asked for more consideration to be given to the development of the Millennium Promenade especially in Royal Clarence Yard.

She pointed out that the county council’s route 268 along Weevil Lane – a road which is owned by Berkley Homes and not adopted by the county council – “by-passes Royal Clarence Yard completely”, even though it could, “route cyclists away from busy roads”.

The board’s Vice-Chair, Councillor John Beavis (Conservative, Lee West), said – and the officer agreed – that what Councillor Westerby had requested could be added to the list of the additional schemes suggested in the borough council’s response.

Similarly, comments by board member Councillor Jamie Hutchison (Liberal Democrat, Hardway) about the need to include routes in his ward will also be included in the response.

The ‘Statement of Common Ground between Fareham Borough Council and Gosport Borough Council’ was virtually waved through by the board with the only point of note being that Fareham’s emerging Local Plan 2037 no longer includes housing on land off Newgate Lane – the area previously known as HA2.

This, board Chair Councillor Stephen Philpott (Conservative, Peel Common), said was: “Testament to the commitment and unanimity of Gosport residents” who campaigned against the threat to the strategic gap between the two boroughs.

From cycling and housing, the board’s attention turned to culture – in particular, the 2021-36 Draft Cultural Development Strategy, Evidence and Action Plan.

The board was not being asked to agree the document at this stage, rather it was for the document to be the subject, “of a short external consultation involving members, residents, local businesses, community groups and regional/sub-regional stakeholders”.

No such plan currently exists but the report by the Economic Development & Regeneration Manager Andrew Sugden highlighted recent changes – especially, the designation of the borough as a Heritage Action Zone, and the announcement that Gosport is one of Arts Council England’s ‘Priority Places’ – which, together with additional resources from the government as the country emerges from the pandemic, offer the opportunity to create, “short, medium and long terms plans to stimulate cultural development”.

Several councillors described the document as, “aspirational” and “ambitious”, while the council officer said it was, “about the community” and asked councillors for the names of community groups that should be involved in the consultation process.

This was part of the discussion about how the council publicises consultations – Councillor Dawn Kelly (Liberal Democrat, Christchurch) noting there were currently three consultations under way and she believed many residents did not know about them.

Mr Sugden informed the board that the consultation on the Cultural Development Strategy would be for six weeks beginning next week and closing in the second week of January. He would then report back to the board on January 26.

Finally in that part of the board meeting held in public, members were presented with a progress report on the High Street Heritage Action Zone project to reinvigorate the town’s Saturday and Tuesday markets.

It was another report from Mr Sugden and in it he accepted that, “in recent years, especially during the Covid-19 pandemic, the volume of traders visiting the market has dipped markedly. Recent experience indicates only 6-10 regular stalls in attendance on a Tuesday and perhaps 20-25 on a Saturday.”

Having received the conclusions from consultants ‘Activate – Workman Placemaking’ in November last year, the report proposed the next stage should be a four-step approach comprising:

The timetable to achieve these steps was stated as, “challenging” because it is being 50 per cent funded by Historic England and it has been made clear this money is for the financial year 2021-22 and cannot be rolled over to the following year – that is, it must be spent by the end of March 2022.

The board noted the Economic Development & Regeneration Manager’s report, and the one member of the public present was then asked to leave the chamber as the board was to discuss two items ‘in camera’.

The agenda and accompany documents for last Wednesday’s Economic Development Board can be accessed HERE.

A report on one of the items discussed when the public was excluded from the Economic Development Board meeting is available HERE. 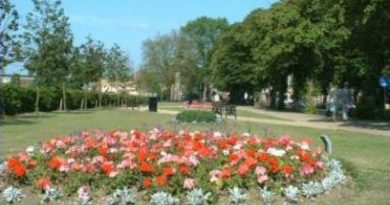