TAKING over the reins of Gosport Voluntary Action and having to provide management and leadership in the midst of a lockdown must have seemed a daunting task.

The charity was heavily involved in organising and providing support to people in the borough who were vulnerable and shielding, and its staff were having to be flexible as projects were suspended and the focus was on responding to the pandemic.

‘A wealth of experience in the charity sector’

But after nearly eight months in post, Chief Executive Officer Ted Hill has negotiated those challenges and is now putting together his views for the direction GVA should take in the medium to long-term.

And to do so, he has what the GVA website describes as, “a wealth of experience in the charity sector”, having worked for several Citizens Advice Bureaux, MIND, Cruse Bereavement Care, and he was Chief Executive of the British Polio Fellowship.

The first part of his career was spent as a chemist but Mr Hill switched to the voluntary sector many years ago and, to show his commitment to promoting professionalism, completed a law degree while with Barnet CAB in order to be able to give expert legal advice.

At GVA, he is managing an organisation which has two main types of activity.

On the one hand, it describes itself as, “the umbrella body… for Gosport and surrounding areas… [providing] help and support to over 200 local, voluntary and community groups in the Borough, that need help with governance issues, finding funding, recruiting and managing volunteers, and accessing training”.

It also provides its own services – that are either low cost and/or have external funding – ranging from Support for Older and Vulnerable People to Gosport Walking for Health, and including the Gosport Community Lottery.

The issue with some of these projects is that if the external funding ends, they may have to stop operating – as happened in 2019 with Surgery Signposting which had been funded by grants via the Clinical Commissioning Group.

Expressing his disappointment at the ending of the scheme, Mr Hill said: “No other funding was available and so the service was closed but we encouraged the volunteers to talk to the primary care networks.”

‘Pleased to hear from organisations how GVA can help’

At the moment, his vision for GVA is incomplete and he has the organisation engaged in, “fact-finding” – collecting data, “getting out and meeting as many people as possible”, and said he would be, “pleased to hear from organisations about how GVA can help.

“We’re trying to find out the number of organisations that are active now that the smaller ones are coming out of the lockdowns. Some have gone; some new ones have appeared. So, we are trying to identify them and what their needs are.”

Similarly with volunteers because in the early stage of the pandemic and lockdowns many people volunteered their time and expertise but, “furlough is coming to an end, people are going back to work and we are trying to get volunteers back into the frontline – to encourage people and build their confidence.”

These and other facts should be ready for a planning day in early October at which Mr Hill seems minded to advocate a strategy that emphasises the support and advice functions.

Underpinning his vision is the need to ensure the organisation, “provides a simplified, consistent approach”.

Of the support services, training – of both volunteers and trustees who need to be, “aware of the regulations they must meet” – features large in his thinking.

As does the provision of expertise and advice, be it in finding funding, human resources policies, or the very important, “help with accounts and annual statements”.

Also, in his mind is what some may see as a more proactive approach: “I am very much in favour of being a broker to put organisations together – not necessarily to merge but to work together in partnerships and joint working arrangements.”

However, he stressed his plans do not include abandoning the GVA’s direct services: “We can still continue the projects but help them to move forward with their own volunteers and trustees.”

GVA will be holding its AGM on October 20, and further information about the GVA can be accessed at: www.gva.org.uk; and Mr Hill would be pleased to hear from local voluntary and community organisations with their views of the role of GVA and its services – email: ted.hill@gva.org.uk.

Photo (above): Ted Hill MBE (for services to the voluntary sector) 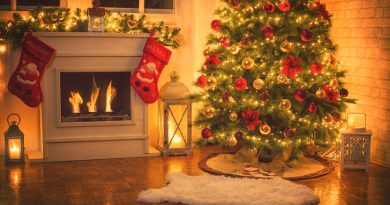