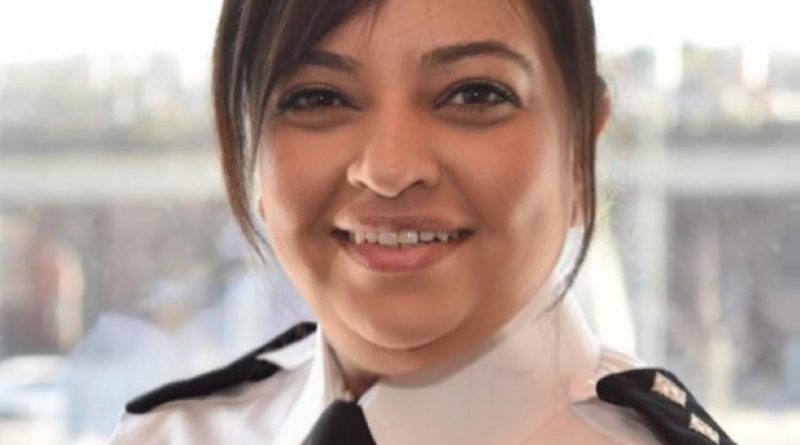 HAMPSHIRE CONSTABULARY have officially confirmed and welcomed Chief Inspector Fifi Gulam-Husen as the new District Commander for policing across both Fareham and Gosport boroughs; helping to build upon a lengthy 19-year career as a front line Metropolitan Police officer, having spent 10 years working in the private sector prior to this role in the capital.

Her career in London saw her at the forefront of some of the country’s most high profile policing operations, including the wedding of the Duke and Duchess of Cambridge in 2011, and the summer Olympics in 2012. She has also policed other large events such as the annual London 10k runs, and is an experienced football match commander both inside / outside the stadiums.

After an exciting tenure with the Met, Ch Insp Gulam-Husen transferred to Nottinghamshire Police in 2020 where she undertook a digital policing role, bringing on board new technology for the force and working closely with Microsoft. Following this, she became response and patrol chief inspector, with 300 officers under her command, before making her move to the south coast.

Chief Inspector Gulam-Husen said: “I am very fortunate to have already had a memorable and fulfilling career with the police over the last 19 years. My experience moving across Forces has confirmed to me what I already knew, in that no matter where you are in the country, the police all share the same core values and a real determination to protect and serve the public.”

“I enjoyed my time serving the public in London and in Nottinghamshire, and am now very excited to begin my next chapter in Hampshire. I have friends and family in Hampshire, which was a big draw for me when making the decision to transfer here. I’ve come to realise the importance, for me, of living and working close to those I love, and I am delighted to be able to represent the communities here in Fareham and Gosport.”

“Hampshire is such a beautiful part of the country, and I’m looking forward to getting to know the local area, the people that live here, and the fantastic policing teams. I’m committed to making sure that officers and staff are delivering the best possible service to the public, and that all of our communities feel their voices are being heard and that they have trust and confidence in us. I come from a proud Mauritian family, so understand the importance of ensuring people of all backgrounds feel represented by their local police service.”

Speaking of the specific policing priorities for both Fareham and Gosport boroughs, Chief Inspector Gulam-Husen added in a statement: “I want to thank Chief Inspector Mark Lewis for all the work he has done for policing in Fareham and Gosport over the years. I will follow closely in his footsteps with a continued focus on priorities such as targeting Class A drugs supply across the districts.”

She continued: “I have been told already about the excellent work that goes on across Fareham and Gosport to tackle suppliers, and policing teams will be continuing this work, making life incredibly difficult for those who traffic drugs and exploit young and vulnerable people in our area.”

“We also have a focus on targeting perpetrators of violence against women and girls, and I want to reassure our communities that I am dedicated to ensuring that Fareham and Gosport are safer spaces for everyone.”

PICTURED: Chief Inspector Fifi Gulam-Husen has been appointed as District Commander for the two boroughs. 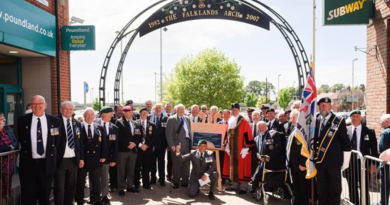